From the very beginning, baby Jaxon did not have a normal life. A foster baby, only two months old, he had spent his entire life inside the walls of the Children’s Hospital New Orleans Neonatal Intensive Care Unit (NICU).

Three hours away in Rayne, Louisiana, Jeanne and Eli Backer were seriously considering taking a break from being parents in the foster care system. After caring for 11 foster children and adopting their oldest son, Reese, a few years prior, they felt it was time for a break. That’s when their phone rang with the life of another hopeful foster care child in their hands: Jaxon. 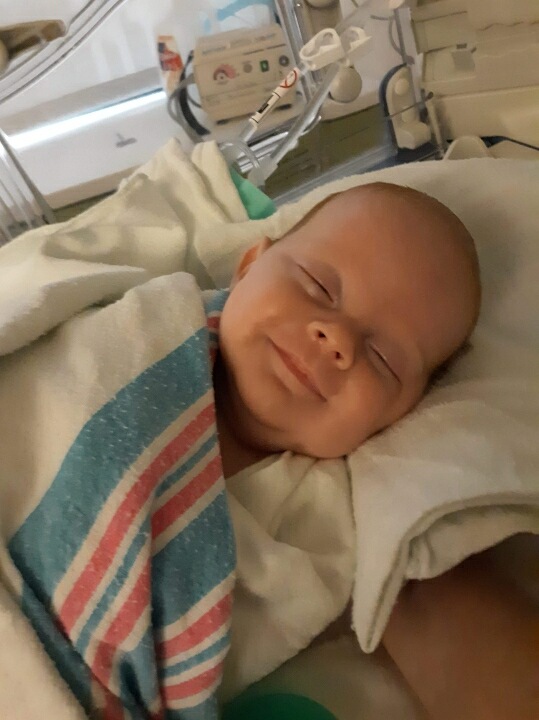 During the phone call, Jeanne and Eli learned that Jaxon had end-stage kidney disease and had been on dialysis, a procedure to remove waste products and excess fluid from the blood when the kidneys stop working properly, his entire life. This news struck a chord with them, recalling their son Reese’s foster care phone call when they learned he was an infant in the Children’s Hospital New Orleans NICU with kidney issues.

Jeanne and Eli felt the similarities in the two boys’ stories were a sign from God that they were supposed to foster baby Jaxon. Before they were able to see him, the doctors informed the parents of his medical history and the condition Jaxon was currently in, weighing only four pounds at two months old.

Jeanne remembers the only questions she had for the care team that day were, “What is his blood type and what blood type kidney does he need?” They knew from his diagnosis that he would need a kidney transplant in his life. “I was hoping that maybe there would be a chance that I would be able donate my kidney in the future, even if we didn’t get to adopt him. It was always something that I felt like I wanted to be able to do for him,” said Jeanne. 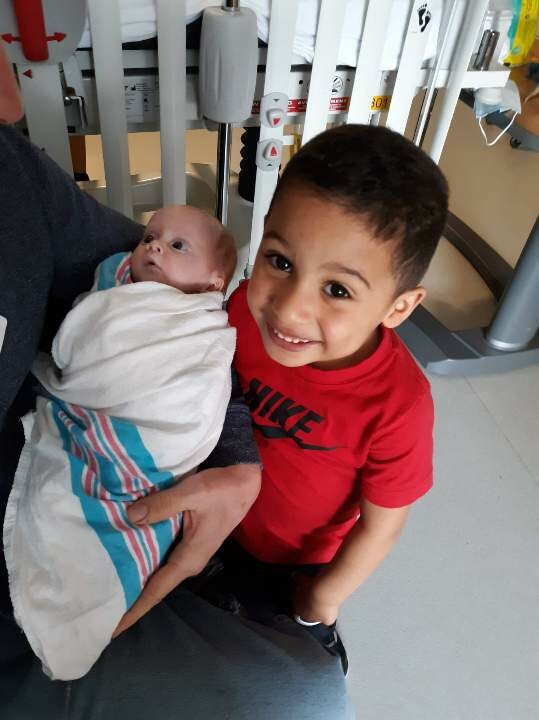 The doctors informed Jeanne and Eli that Jaxon had type A negative blood and he needed an A kidney or an O kidney. Their decision to foster Jaxon felt even more meant-to-be for the Bakers because Jeanne has type A blood and Eli has type O blood. “And then we saw him and fell in love, of course. He was this little, tiny four-pound baby,” said Jeanne.

Living three hours away with a six-year-old son at home, Jeanne did her best to drive to Children's Hospital every other day to spend as much time as she could with Jaxon before he was released from the NICU. The week before he came home, she spent the entire week at the hospital learning how to care for him and administer his dialysis treatments at home.

Although her older son, Reese, also had kidney issues, he was not on dialysis. This was an entirely new learning experience for the Backer family. Reese was extremely excited to welcome his new sibling home and was even more thrilled that Jaxon was boy he could run and play with. 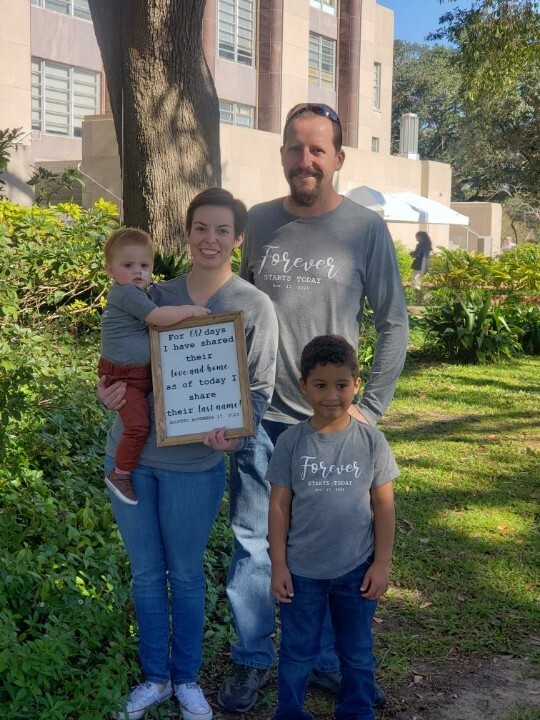 After three years at home and now adopted by the Backer family, Jaxon’s favorite thing to do is play with Reese. “He loves to sword fight with his brother and play ball outside. Loves jumping on the trampoline,” said Jeanne. “It would stress most people out seeing him, so small and with all of his medical problems. But he is wild and is always jumping off of things…You definitely wouldn’t know there were any medical problems if you just watch him play.”

As soon as Jaxon started dialysis as an infant, he was put on the transplant list, but due to his small size, he was never big enough to be considered.  Jeanne recalled, “He was always so small we knew that it wasn’t possible at that time. We did everything we needed to do and prayed that he would be big enough to have his transplant.”

Jeanne and Eli just wanted Jaxon to have a normal life and be able to play like a true kid. Even though he played as if he had no medical issues, he had to end play early every day to do dialysis for 12 hours each night. This meant that he spent a large amount of time stuck in his bed, instead of playing outside.

As soon as Jaxon passed all his transplant requirement tests, he would be moved to the top of the list since he had been waiting for three years already. His parents felt great relief that he would be high on the transplant list, but still hoped that one of them would be a perfect match, since organs from living donors tend to last longer, reducing his chances of needing a second transplant in his life. 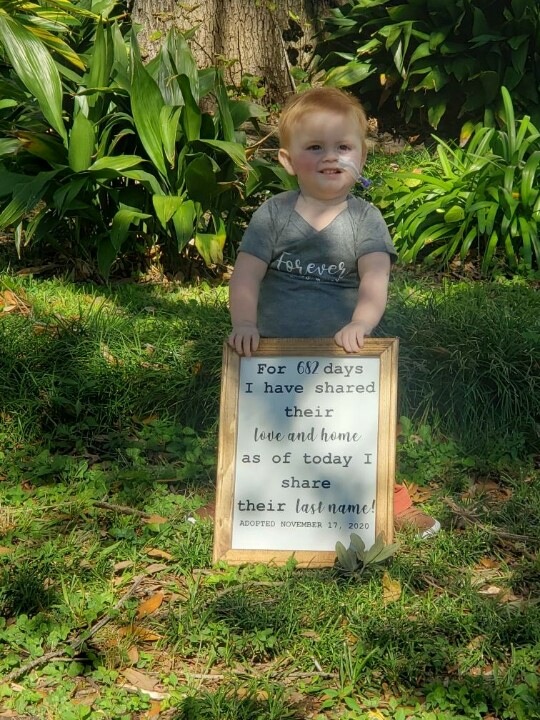 Even with Jaxon placed high on the transplant list, everyone in his community was offering to be tested in hopes of matching to give Jaxon a kidney. While Jeanne and Eli were beyond thankful that their community loved Jaxon so much, they both secretly hoped it was one of them that could make the sacrifice of donating a kidney to their son.

Jaxon’s doctors finally told Jeanne and Eli it was time to get tested to see if either of them would be a match. They got their blood work done together and patiently waited for yet another phone call that held Jaxon’s life in the balance. Eli’s phone rang first.

“My husband had antibodies that were not compatible with Jaxon. Even though his blood type was good, he would not be able to donate his kidney,” said Jeanne. “They had called him and told him that, then said ‘Is your wife home because we need to talk to her.’ That was all they said. So, I was wondering why they didn’t just call me and was kind of freaking out thinking ‘I just needed to know if it was good or bad.’”

Finally, Jeanne got her phone call and learned that she was a perfect match for her son, Jaxon.

Remembering the moment, Jeanne said, “I was so excited. I tried my best not to cry because that was what I had been praying for those last three years.” Then she called everyone she could think of to let them know that their prayers had been answered, she was a perfect match.

The next steps of the transplant process began, and Jeanne underwent numerous tests to ensure her entire body was healthy enough to donate her kidney. While celebrating her positive match, the doctors informed her they found something wrong with her pancreas.

The same doctor scheduled to perform her kidney transplant surgery did a biopsy to remove the concerning part of her pancreas and have it tested for cancer. During the surgery, the doctor was also able to check the kidney she planned to donate to make sure it was still a healthy match.

The biopsy came back, and the family once again received positive news that the issue with her pancreas had no effect on her kidneys. Jeanne was still a perfect match for Jaxon. They talked to the transplant team for both Jeanne and Jaxon, and scheduled the surgery to be two months later, on March 16, 2022.

When asked how the family is feeling about their impending transplant surgery, Jeanne said, “We are just so ready for the transplant. Everyone keeps asking if we are nervous about everything, but I’m just ready to see what the future holds for Jaxon. If we could have done the surgery sooner, I would have been ready to go as soon as they said we were good.” 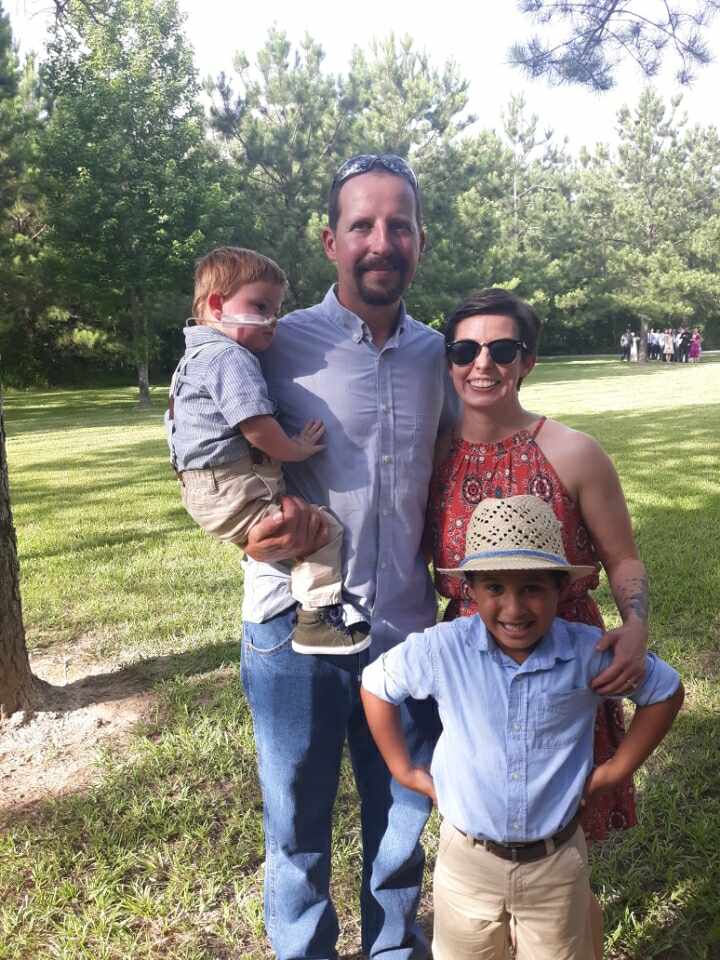 After the surgery, Jaxon will have to stay at the hospital for a few weeks to make sure his body accepts the new kidney. To help the process go as smoothly as possibly, the care team will keep Jaxon asleep for a few days so his body can heal. Jeanne will be able to leave the hospital the next day after surgery. It is her hope to be by Jaxon’s side when he finally wakes up.

Jeanne said Jaxon is most excited to go swimming after his transplant because he couldn’t swim with the medical devices attached to him for dialysis. Jaxon is also looking forward to sleeping over at his grandfather’s house for the first time and being able to play t-ball. Reese and Jaxon have big plans to share a room with bunk beds. 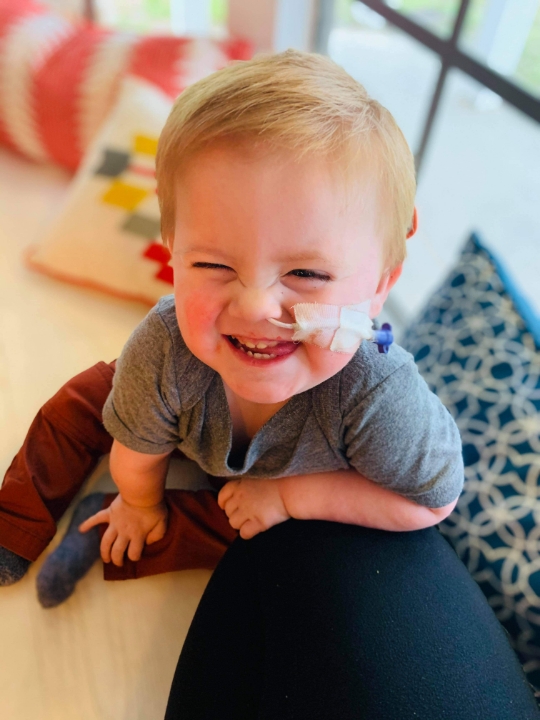 Jeanne has spent a great deal of time with the staff at Children’s Hospital New Orleans since both Reese and Jaxon have been cared for here. “The care team is amazing. They have always gone above and beyond what their job is. If there is anything wrong or anything we needed, they make sure they do everything in their power to make sure we get what we need,” said Jeanne. “They all love Jax. They spoil him and give him everything he wants.”