When Raquel Curl sees her one-year-old daughter, Rielle, she can’t help but to be thankful for being blessed to still have her. Her daughter was born with a severe congenital heart defect in which the left side of her heart was critically underdeveloped. From the moment she was born, Rielle faced an uphill battle. After miraculously surviving three open-heart surgeries during her first year of life, Raquel says her daughter epitomizes what it means to be a brave heart warrior. 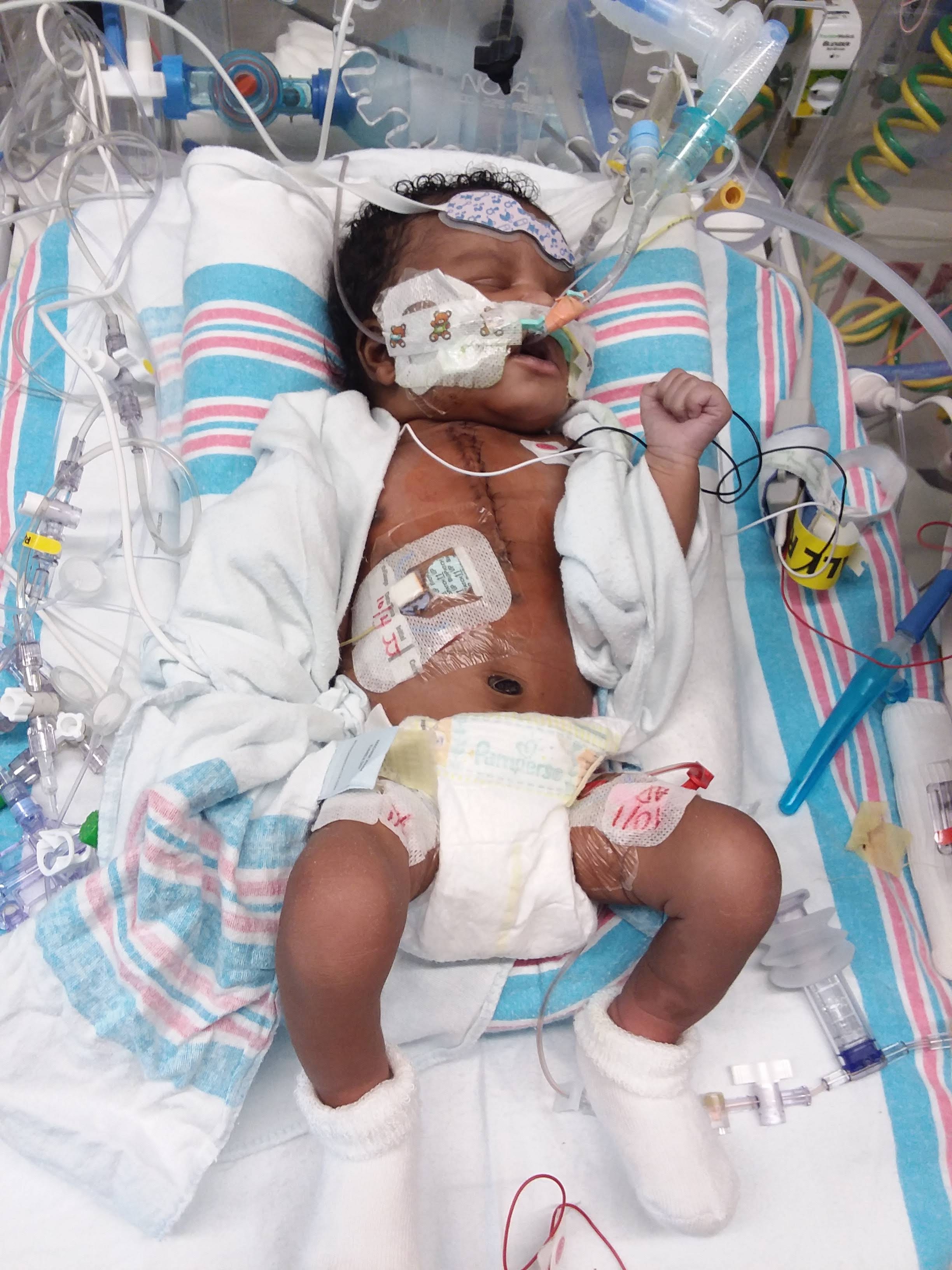 “I knew there was something special about my daughter before she was even born,” said Raquel. “I found out I was pregnant with Rielle a month before the COVID-19 pandemic. Since I was 38 years old, my OB-GYN referred me to a high-risk maternal fetal medicine physician. My pregnancy was considered high risk since I was over the age of 35. Nevertheless, everything was going smoothly. During my 20-week ultrasound, I couldn’t wait to find out my baby’s gender. I asked my doctor, ‘So, what am I having – a boy or girl?’ He said, “Well, it’s definitely not a boy. You’re having a girl. But we have a bigger issue.” 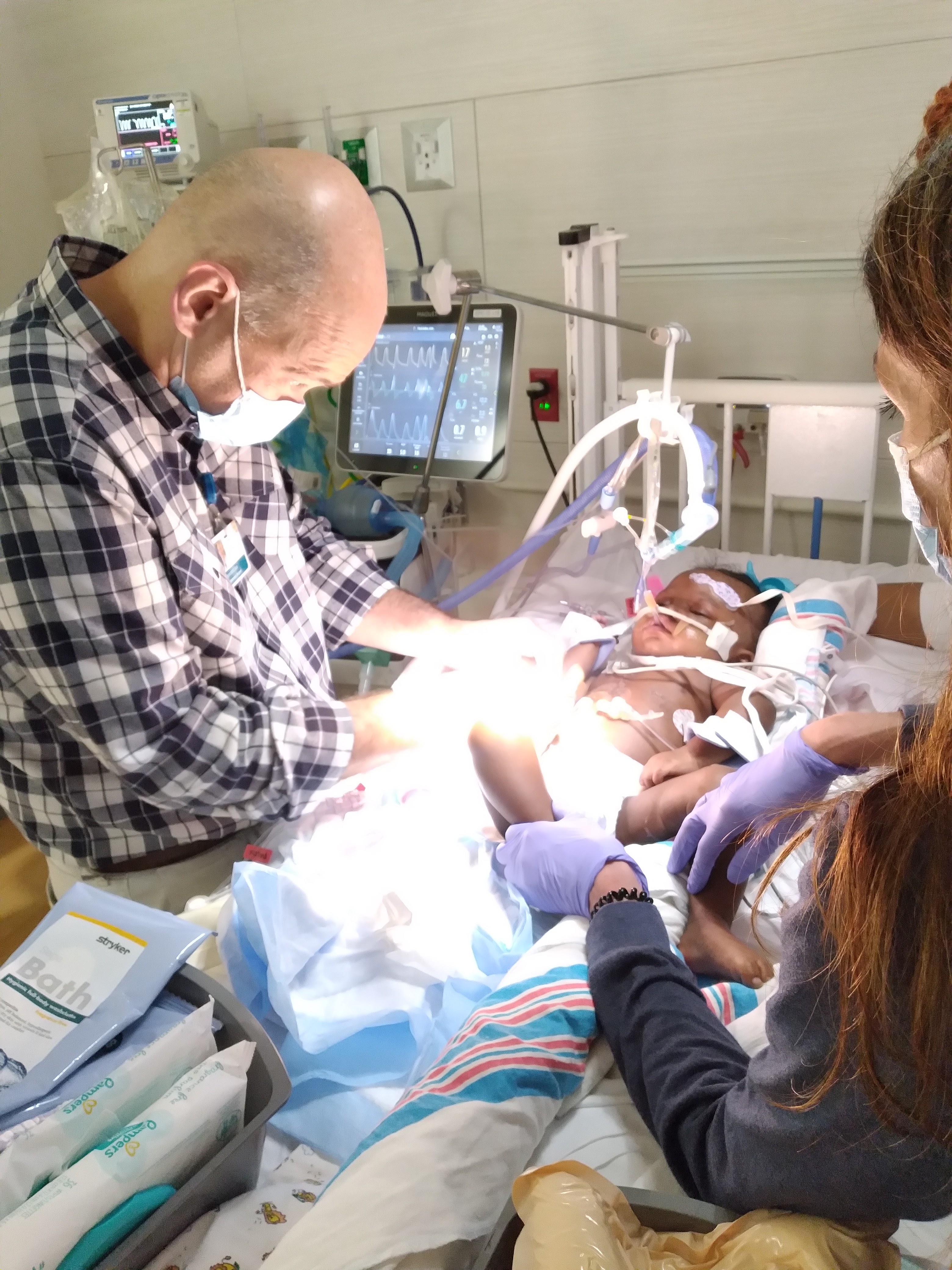 Raquel’s maternal fetal medicine physician suspected Rielle might have Hypoplastic Left Heart Syndrome (HLHS) because her left ventricle was severely underdeveloped. He suggested Raquel see a fetal cardiologist to get a second opinion. When she went to the fetal cardiologist near her home in Lafayette, the results of the echocardiogram confirmed Rielle had HLHS.

“I was heartbroken when I found out about my baby’s diagnosis,” said Raquel. “When doctors told me my daughter would have to undergo multiple open-heart surgeries, I knew things were about to change in a drastic measure. It took me a while to tell my older four children that I was pregnant, especially after learning about Rielle’s diagnosis. When I was ready to tell them, they overlooked the fact that I was having a girl instead of a boy. They wanted a boy because I only have one son and three daughters, but at that moment, all they could think about was their sister and her heart problem. They were concerned and asked me a lot of questions. They were sad, but they could not wait to meet their sister.”

On September 13, 2020, Raquel delivered her precious baby girl via Cesarean section. Rielle weighed 6 pounds and 12 ounces. Up until her daughter’s delivery, Raquel was hospitalized for two weeks with a blood clot in her foot. Less than 24 hours after her daughter was delivered, Raquel’s blood clot in her foot had traveled to her right lung. She had a pulmonary embolism that required immediate treatment. Thankfully, Raquel was able to hold her daughter briefly and take pictures with her before Rielle was airlifted to the Heart Center at Children’s Hospital New Orleans and eventually make a full recovery from her pulmonary embolism. 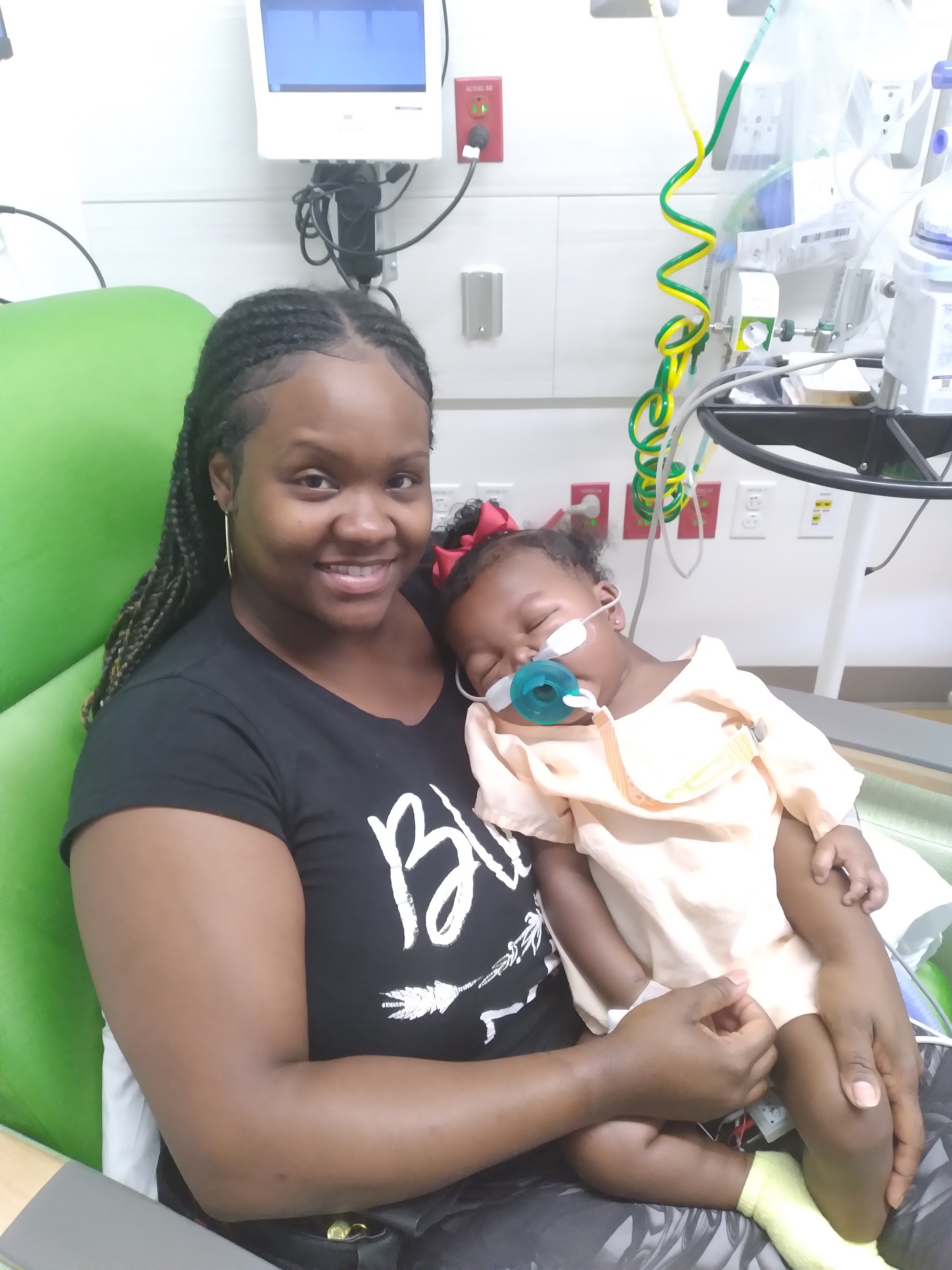 When Rielle arrived at Children’s Hospital, she was admitted to the Cardiac Intensive Care Unit (CICU) where her doctors and nurses provided around-the-clock care and monitoring. She was put under the care of Dr. Timothy Pettitt, who was Rielle’s primary heart surgeon. Because Rielle had HLHS, the left side of her heart did not form completely and could not pump oxygen-rich blood to the rest of her body. So, Rielle would have to undergo a series of three surgeries over a period of time to rebuild other parts of her heart to make up for her left ventricle defect.

When Rielle was 7 days old, she had her first open-heart surgery (the Norwood procedure). During this 18-hour procedure, Pettitt and his team reconstructed Rielle’s extremely small aorta so it was large enough to redirect blood flow from the right ventricle to the body. Additionally, they implanted a temporary shunt to create a channel for blood to flow directly to her lungs until the next surgery. Rielle spent the next two months recovering in the CICU from her first open-heart surgery. At 7 months old, Rielle underwent her second open-heart surgery (Glenn procedure) where Dr. Pettitt and his team finished re-routing the blood flow from Rielle’s upper body to her lungs. After the second repair, blood could now flow directly to her lungs without circulating through the heart.

After her two open-heart surgeries, Rielle was doing well. After her first heart surgery, Dr. Pettitt explained to Raquel that her daughter had a valve regurgitation – one of her valves was leaking – but it was a minor leak that they would address when she turned three years old for her third surgery. But over time, the valve leak went from mild to moderate. On her first birthday, Rielle was hospitalized because her face was swollen. Her cardiologist, Dr. Durga P. Naidu, in Lafayette ran several tests on Rielle to see what was going on. After spending a few days in the hospital, two weeks passed by before Rielle’s face began to swell up again. Her blood test results showed that her numbers were too high which showed her heart was expanding. At that point, Rielle’s cardiologist referred her to go back to Children’s Hospital in New Orleans. 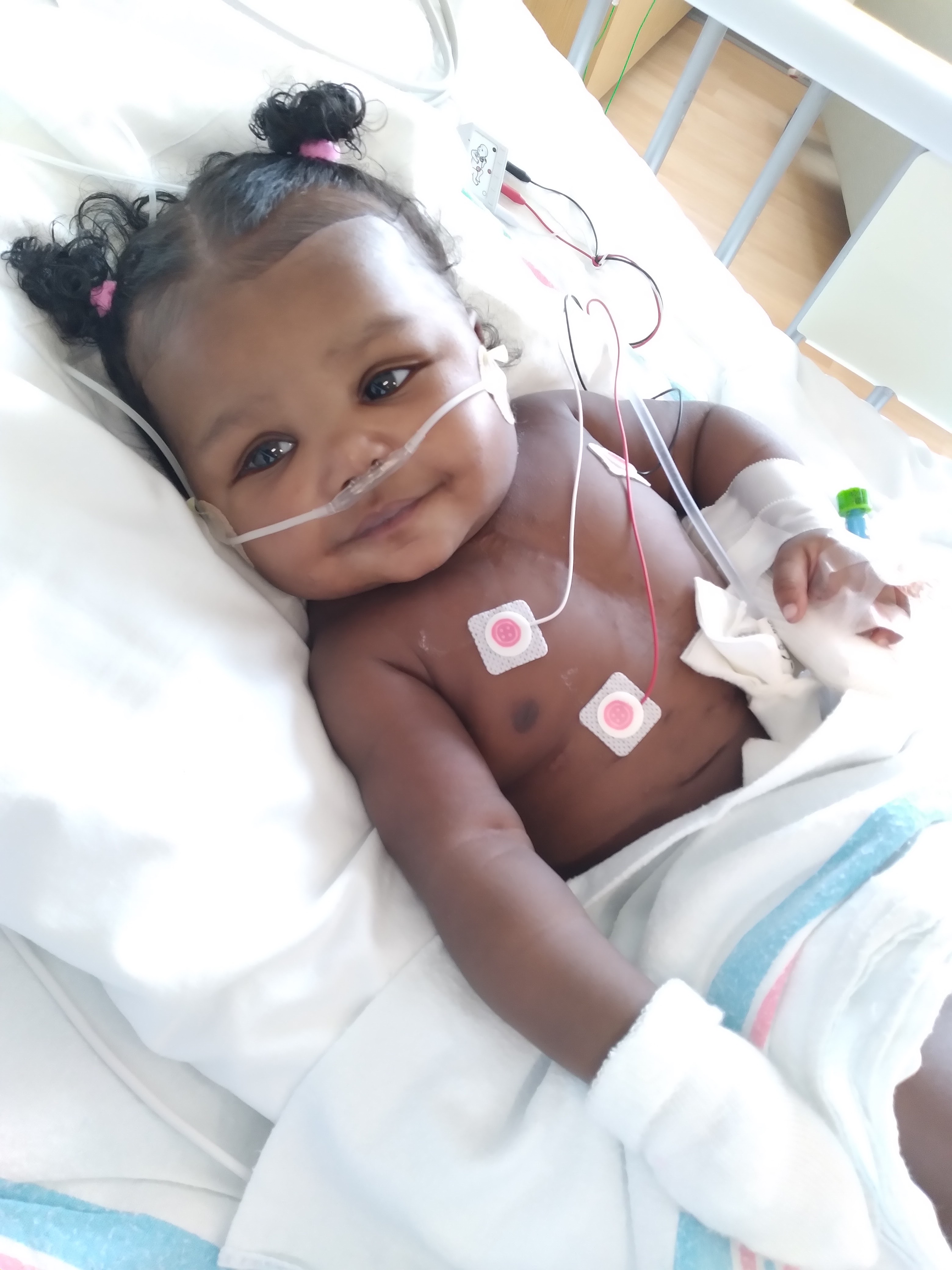 “When she was admitted to the CICU just after midnight on Oct. 9, 2021, I was told my baby was in heart failure,” said Raquel. “She had swollen up within hours and she had an enlarged heart. As a mom, it was tough to see my baby struggling to survive, but I continued to stand firm on my faith. I believed God was in control of this situation and he would guide every member of Rielle’s care team – her doctors, her surgeons and her nurses – on what to do.”

Rielle’s doctors performed a heart catheterization and they were able to plug up many of her arteries that were full of fluid. Dr. Pettitt told Raquel the only way to correct her fluid retention was to do an emergency open-heart surgery. Three days after her cath procedure, she underwent her third surgery. The surgery was supposed to last eight hours, but Rielle was in surgery for 27 hours.

“We almost lost her. They had to put her on bypass twice and she crashed,” said Raquel. I kept telling Dr. Pettitt – no, no, no, I can’t lose my daughter. I was like, please, please don’t give up on her. He told me, ‘I’m not going to give up on your daughter. I will do whatever I can in my power to help her.” 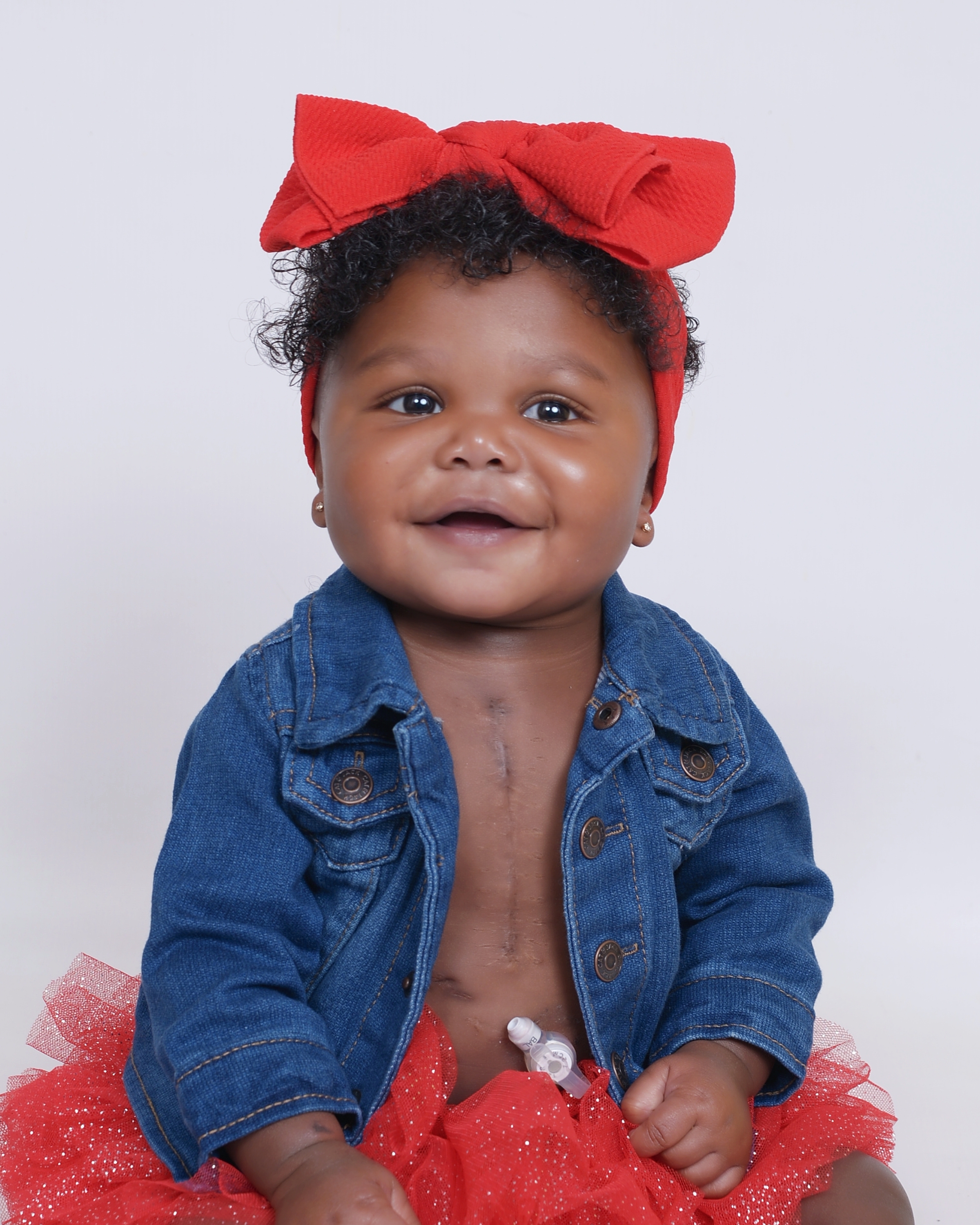 The challenging part for Dr. Pettitt and his team was controlling Rielle’s valve regurgitation. Since her valve could not be repaired, they installed a mechanical valve in Rielle and left her chest open for one week. She was put on ECMO for the next four days, an advanced life support technique used for patients with life-threatening heart and/or lung problems. ECMO is only available at specially-trained hospitals.

A few days after they closed her chest, Rielle’s oxygen saturations dropped. While Pettitt was able to get her heart under control, Rielle went into respiratory failure. She had difficulty with oxygen and carbon dioxide exchange because her lungs were not able to inhale and exhale air as efficiently. Her carbon dioxide levels were high. She had trouble breathing because she had a paralyzed diaphragm. She underwent a diaphragm plication, a surgical procedure that pulls the diaphragm down to allow the lungs to expand better and improve ventilation. During that same surgery, she had a separate epicardial atrial pacemaker implanted to assist her heart and control her heart rate. 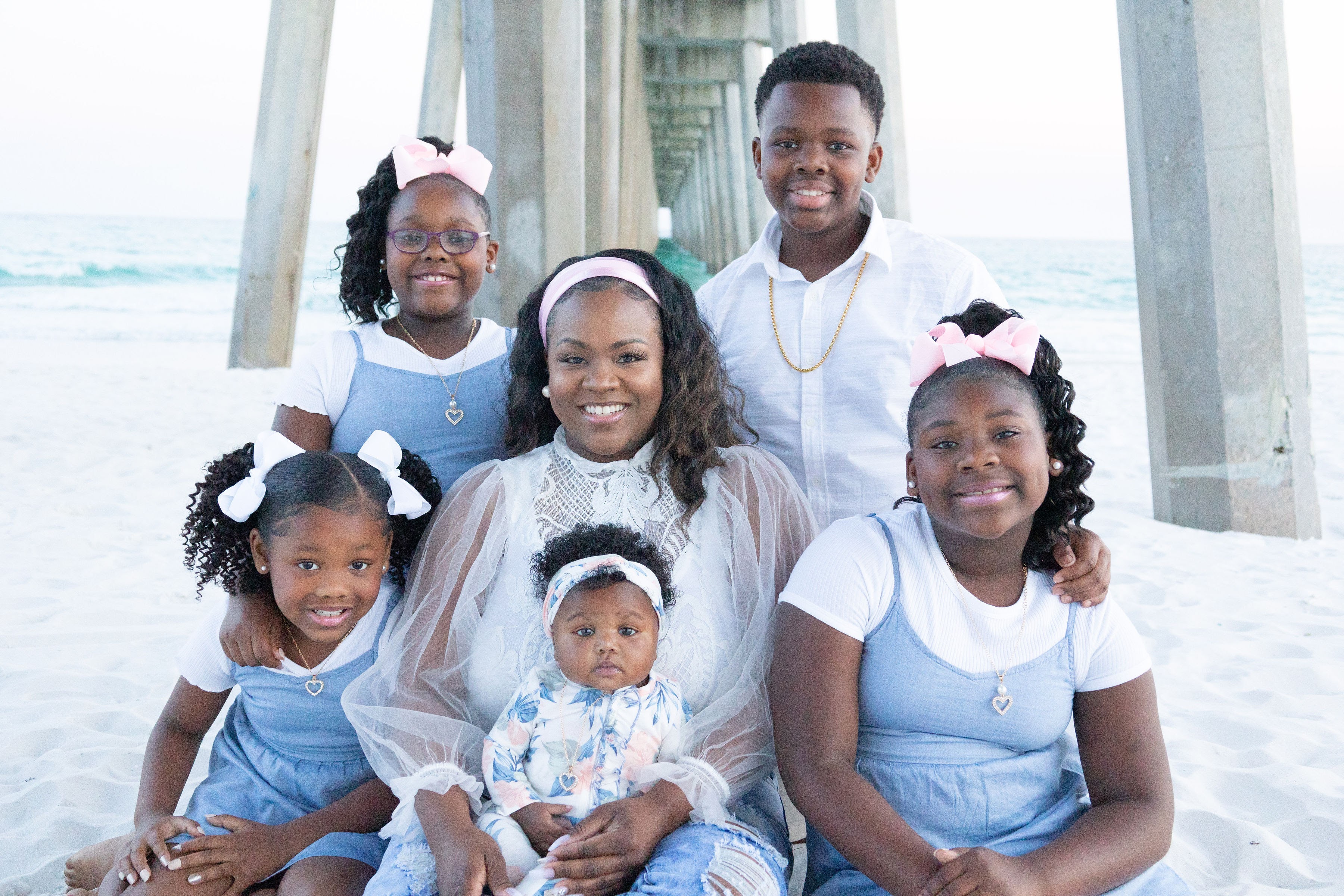 “After everything that my daughter had been through, she truly is the definition of a heart warrior,” said Raquel. “I believe she would not be here without Dr. Pettitt and the wonderful care team at Children’s Hospital who watched over my daughter as if she was their own. The doctors and nurses fought hard for my daughter. Everyone put their heads together to figure out what they can do to treat her and get her back to a normal state. It is a miracle my baby is alive today.

I give credit to God and then to each person God used to handle this situation. Dr. Pettitt put his life and time on the line. He made it his business to come see my daughter every single day to see how she was doing. He never gave up on Rielle even when the circumstances looked grim. He gave it his all. The nurses, nurse practitioners, respiratory therapists, and other support staff were exceptional! Everybody worked as a team. Rielle is here because of God and the team he had in place. It was not just one person. It was everybody. They were amazing. I consider them my family because without them, I would not have my daughter.” 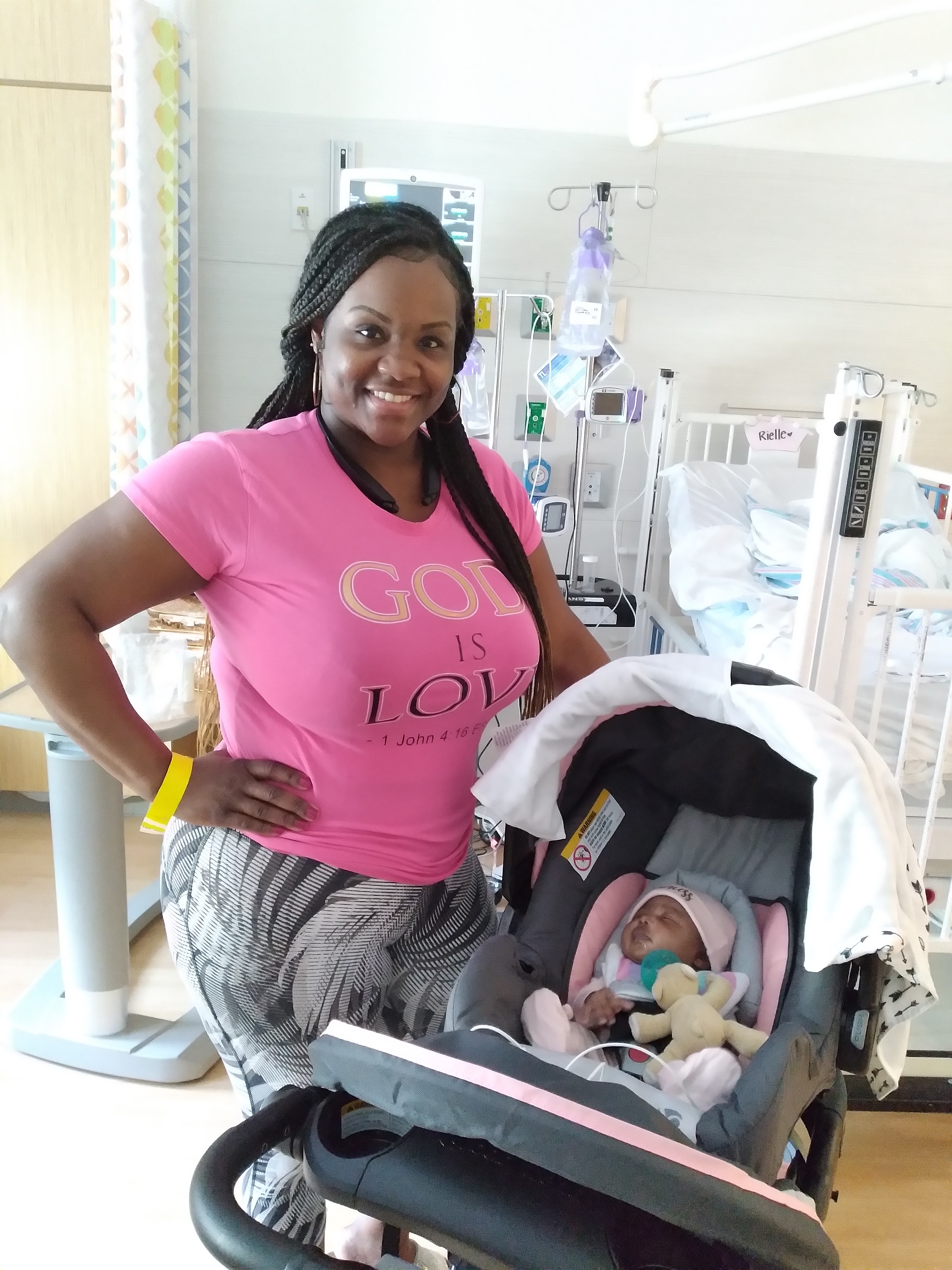 Today Rielle is a happy one-year-old who loves to interact with her brother and sisters. She can breathe on her own and her mechanical heart valve is functioning well. As part of her follow-up care, she sees her cardiologist regularly and goes to speech and occupational therapy. She will have her third HLHS surgery (Fontan) with Dr. Pettitt when she turns 3 years old. She is a true heart warrior.