Living with a life-long illness takes courage, acceptance and a positive mindset. Every time 47-year-old Amy Pemberton listens to her heartbeat, she is reminded of how grateful she is to be alive. As a child, her mom was concerned whether she could have children due to the added strain that pregnancy may have on her fragile heart. Fast forward to today, Amy is a mother to four healthy children, and thrives as a congenital heart disease (CHD) survivor. 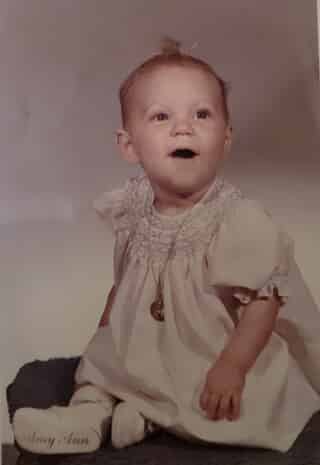 “I always wondered what my purpose in life would be,” Amy said. “Everyone told me I wasn’t supposed to be here – but miraculously, I am here. Nine years ago, I never imagined I would be working as a cardiac data manager in the Heart Center at Children’s Hospital New Orleans. It was not something that I planned to do. But life brought me here. God had a direction for my life, and I enjoy what I do because I see the positive outcomes of my work. When patients come to our Heart Center, I can’t help but think about my own journey as a young girl living with CHD.”

Amy’s heart journey began soon after her birth in 1974 when a murmur was heard in the nursery. At the time, her doctors could not determine the exact diagnosis, but they knew something was wrong. It wasn’t until Amy’s parents took her to see a pediatric cardiologist in Houston that they learned the severity of their daughter’s heart problem.

At 2 months old, Amy was diagnosed with ventricular septal defect (VSD), a congenital heart condition caused by a hole in the septum that separates the heart’s two pumping chambers, the right and left ventricle. In babies with VSD, blood flows from the left ventricle via the hole in the septum, into the right ventricle and into the lungs. This extra blood being pumped into the lungs forces the heart and lungs to work harder. Over time, if not repaired, this defect can lead to heart complications. The severity of VSD and how it’s treated depends on the size of the hole.

“I had what they called a swiss cheese defect of the ventricular septum, which is the most serious form of multiple ventricular septal defects,” Amy said. “Most of the ventricle wall in my heart was gone. My mom tearfully remembers the cardiologist in Houston telling her, “You need to take your daughter home and love her every day she lives. There is nothing we can do for her.” My mom did not take that very lightly. She took me to another cardiologist at Children’s Hospital’s clinic – this time in New Orleans – to get a second opinion. After examining my heart, he told my mom, “Your daughter will be fine. We’ll take care of her. While I was considered very high risk, he was willing to give it a try and do the surgery.” 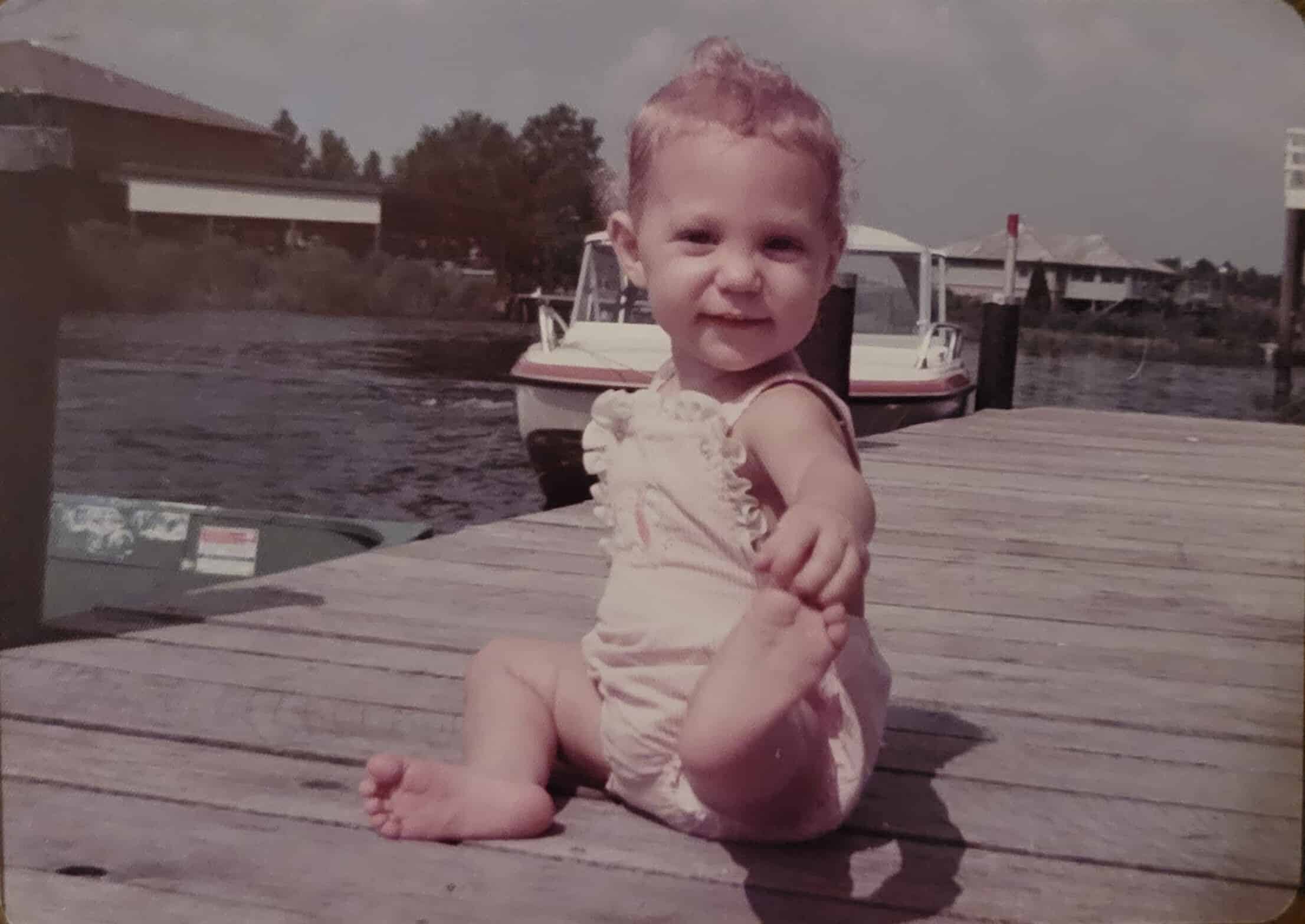 Amy was 4 months old when she had open heart surgery to repair her VSD. Doctors waited until she got a little bigger to perform the surgery following her initial visit with the surgeon. After her surgery, she visited her pediatric cardiologist every few months for follow-up appointments throughout her childhood and had tests including electrocardiograms (EKG) to make sure her heart was functioning normally. Several years passed by and Amy was doing great. Then, when she turned 9 years old, her pediatric cardiologist noticed her heart rate was slowing down. Her resting heart rate was in the 30s which created some concern. So, Amy underwent more tests.

“I didn’t realize my heart rate was slowing down,” Amy said. “I had no symptoms that would suggest anything was wrong. After undergoing more tests, I ended up needing a pacemaker. The pacemaker was needed because over time scar tissue grew on the incision of my heart which affected my heart’s electrical conduction system that signals my heart to keep beating. After I had my pacemaker surgery, I had a complication (hemorrhaging) and I spent a week in the pediatric intensive care unit. Despite this setback, I was doing well with my new pacemaker.”

From childhood into her adolescent years, Amy’s congenital heart condition didn’t stop her from doing things she enjoyed. She never had symptoms like shortness of breath or lack of energy. She adapted to her new pacemaker and lived vivaciously just like any other active child her age.

“I was very athletic as a teenager,” Amy recalled. “I did everything I wanted to do. Nothing held me back. I had many hobbies. I loved to dance, perform gymnastics and play a little softball.” Amy also was part of starting an aerobics club at Mount Carmel Academy.

When she entered adulthood, Amy began seeing an adult clinical cardiac electrophysiologist (EP), a type of cardiologist who treats heart rhythm problems. Then, in 2005, when Hurricane Katrina hit Louisiana, it was hard to get in to see her EP. Despite seeing her adult doctor for many years, a family member suggested she see a pediatric cardiologist since she was a congenital heart disease patient. She followed her family’s advice and scheduled a visit. 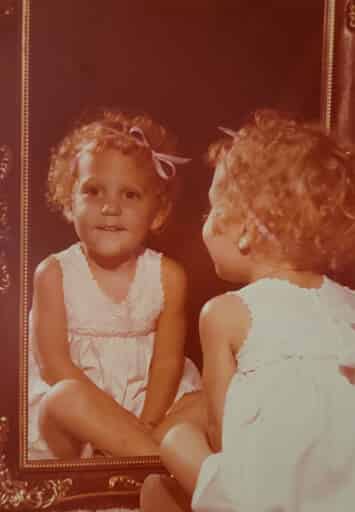 “Before I came to Children’s Hospital New Orleans, I went to a pediatric cardiologist at another hospital who noticed my pacemaker battery was hardly functioning,” Amy said. “My prior EP told me if I felt fine, there was nothing to really worry about. So, after I had my fourth child, I put off the pacemaker surgery so I could nurse my daughter without the interruption of surgery. A year later, I scheduled an appointment with a pediatric cardiologist who said that I needed a whole new pacemaker set up. He told me, ‘You can live without the pacemaker, but you’re going to be tired, and you will not have the best quality of life.’ Honestly, I never felt a difference from pre to post pacemaker, but I went ahead and got a new pacemaker. I was 30 years old when I started with the adult congenital heart program there. Then, nine years ago, my job took me to Children’s Hospital New Orleans. That’s when I switched doctors and joined the adult congenital heart program.”

As part of Amy’s adult follow-up care, she sees Dr. Michael Brumund, medical director of Adult Congenital Cardiology at Children’s Hospital, every two years. Amy also has regular visits with Dr. Kelly Gajewski to check on her pacemaker to ensure it is working efficiently. Since Amy had her first pacemaker at age 9, she’s had five battery replacements in her lifetime. She says the batteries last longer now – like 10 to 12 years longer. Dr. Gajewski replaced her last pacemaker.

“As a CHD patient, it is comforting to know that Children’s Hospital has an adult congenital heart program for patients like me,” Amy said. “I was thrilled when I found out Children’s Hospital recently had been accredited as an Adult Congenital Heart Disease Comprehensive Care Center by the ACHA. We have experts who can treat the congenital heart problems of an infant, but in an adult body. Unlike an adult congenital heart physician, adult cardiologists don’t see patients with congenital heart defects. They treat heart problems that occur in adulthood. Since I was a child, I have always had an irregular heartbeat. This was normal for me. When my heart rate slowed down, it usually meant my pacemaker battery needed to be replaced. A physician who didn’t know my previous CHD medical history, would have sent me to the ER. There’s a reason I’m here at Children’s. I know I am in the right place to get the right care I need.” 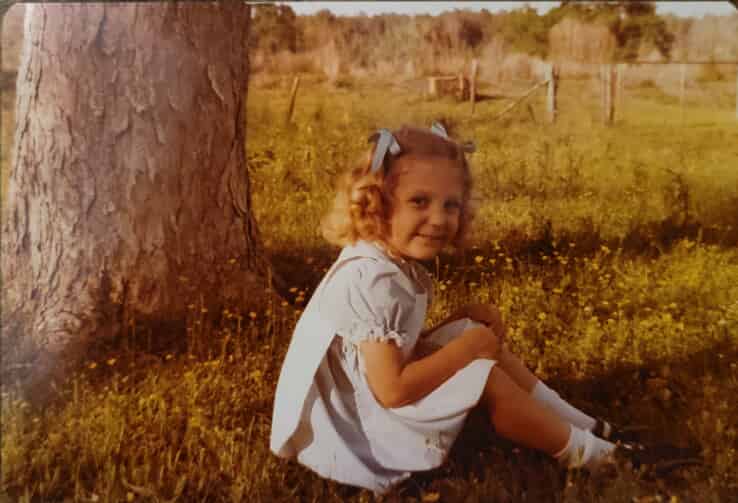 Children’s Hospital New Orleans is one of only 44 accredited programs nationwide, advancing specialized cardiac care for the adult congenital population in the Gulf South. Because of the many advances in medical care, people born with congenital heart defects are now living into adulthood which underscores the importance of programs for this specialized patient population.

“Currently nearly 2 million adults are living with ACHD in the United States, and those who will likely need access to ACHD care is also expected to grow by five percent each year, increasing the demand for these services in the coming years,” said Michael Brumund, MD, Medical Director of Adult Congenital Cardiology at Children’s Hospital New Orleans. “Like Amy, adults with CHD need care throughout their lives, but because their lifespans have dramatically increased in the preceding decades, traditionally trained adult cardiologists are often not prepared to treat these patients.” 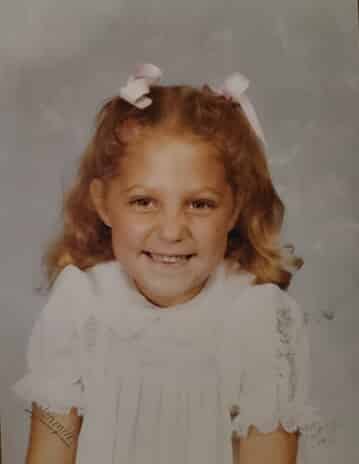 As a Heart Center member on staff and an adult CHD patient at Children’s Hospital, Amy says she is blessed beyond measure. With an RN background in perioperative, home health and Cath lab post recovery care for patients with adult problems of the heart, the transition to pediatrics and working with cardiac data to improve quality outcomes has given her a new purpose in life.

“My life has come full circle for me,” Amy said. “I am not only working with children who have congenital heart disease, but my wonderful doctors are also here whenever I need them. Dr. Gajewski has been great since the beginning. She is so easy to talk to. She is knowledgeable and explains things to me clearly, no matter how complex the situation may be. I enjoy working with Dr. Brumund, too. When I first met him, one thing that impressed me the most about him is that he knew all about me. He researched my entire medical history. I didn’t have to fumble through words to explain what was wrong with me. Throughout my life, I have seen so many different cardiologists who would ask me all kinds of questions like they didn’t know me or my condition very well. With Dr. Brumund, he knew everything, so it was easy to jump in and discuss the next steps in my care.”

Despite a few ups and downs during her journey with congenital heart disease, Amy says her diagnosis didn’t stop her from enjoying life to the fullest. For families who are dealing with a VSD diagnosis, or any other congenital heart issue, she has a special message for them.

“Never give up,” Amy said. “Never lose hope, because sometimes that is all you have. If my parents would have accepted the first opinion and lost hope, I wouldn’t be here right now. You need to have faith. If prayer is what gets you through it, keep praying. Be your own patient advocate – and keep pushing through.”