Why a No Hit Zone?

It starts with a threat, a tap or any show of physical force. Physical punishment has become a social norm in disciplining children. It is also identified as the most prevalent risk factor for child abuse in America.

In the south, where the incidence of spanking is above the national average, the number of children who are victims of physical force is even higher. Physical punishment hurts kids from all races and ethnicities.

Fifty years of research demonstrating the adverse effects of physical punishment led the Centers for Disease Control and Prevention in 2016 to alter its definition of physical abuse. The amended definition describes physical abuse as “the use of physical force, such as hitting, shaking, burning or other shows of force against a child,” removing the phrase “that resulted in injury” from its former explanation.

Physical force leads to increased aggressive and risky behaviors in children, damage to brain development, and a lifelong impact on mental health. Physical punishment has been shown to increase, rather than deter, undesired behaviors.

To address this vital threat to our children, the Audrey Hepburn Children at Risk Evaluation (CARE) Center and the New Orleans Children’s Advocacy Center (NOCAC) introduced No Hit Zones at Children’s Hospital and its clinics in 2017. 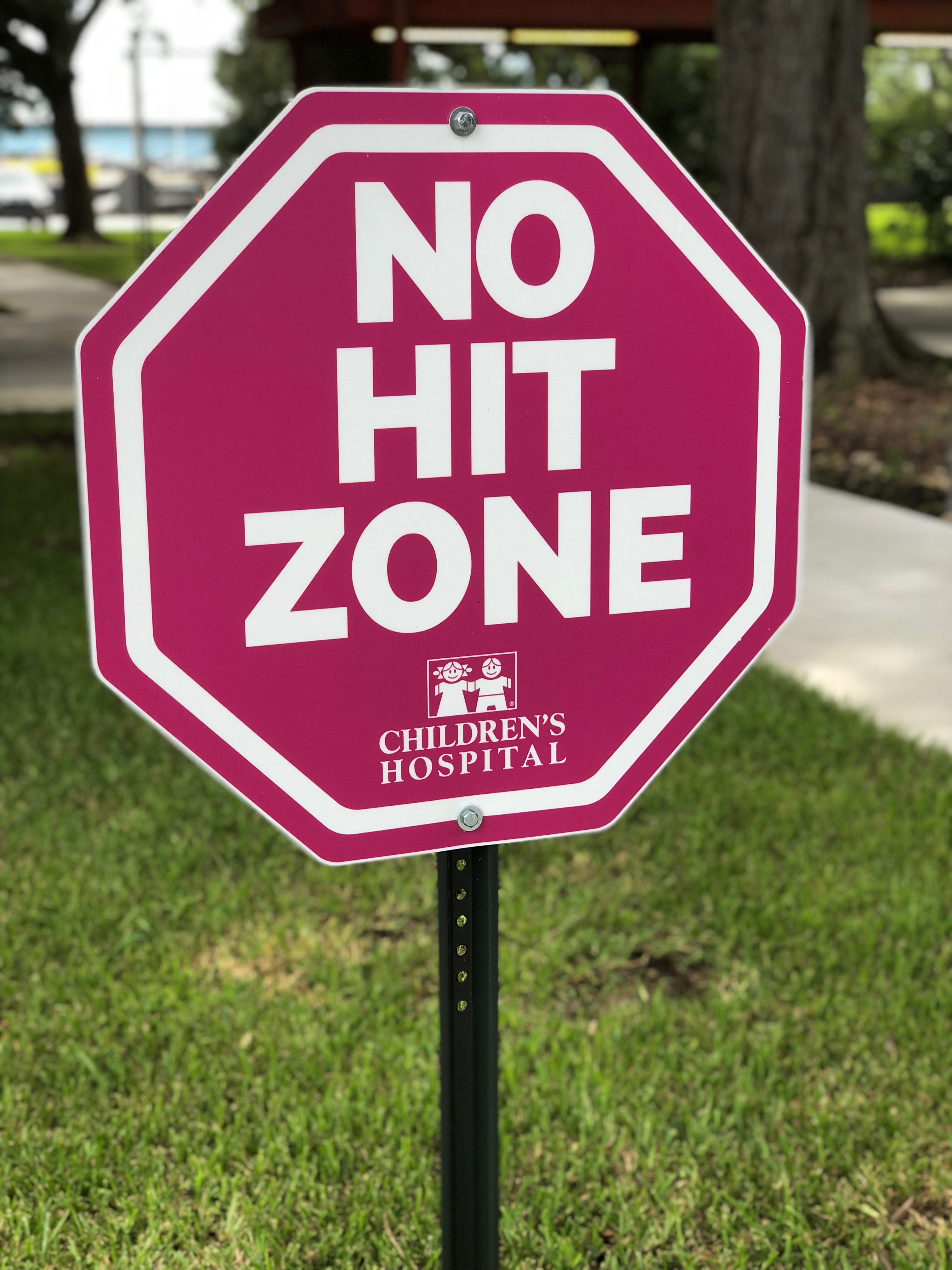 Where It All Began

Originating at Rainbow Babies and Children’s Hospital in Cleveland, Ohio, in 2005, No Hit Zones have been successfully duplicated by numerous pediatric and adult hospitals and communities across the country.

Posting No Hit Zone signage and training staff have been effective steps taken to create safe and caring environments for children, families and staff. Because key informants—trusted pediatric providers—deliver this scientific, research-based message, parents are more likely to listen.

Children's Hospital is proud to be the first hospital in the state of Louisiana to adopt No Hit Zones. As a facility that cares for abused and neglected children, our providers have seen firsthand the injuries to children who have been hit.

Throughout Children’s Hospital and its clinics across the state, No Hit Zone signs are posted illustrating the well-established harmful effects of physical punishment and promoting effective painless parenting techniques. Children’s Hospital staff is trained to give parents resources for effective guidance and explain the harms of physical discipline in a non-shaming or blaming fashion. The CARE Center also provides opportunities for pediatricians, pediatric residents and community members to practice communicating the negative effects of physical discipline.