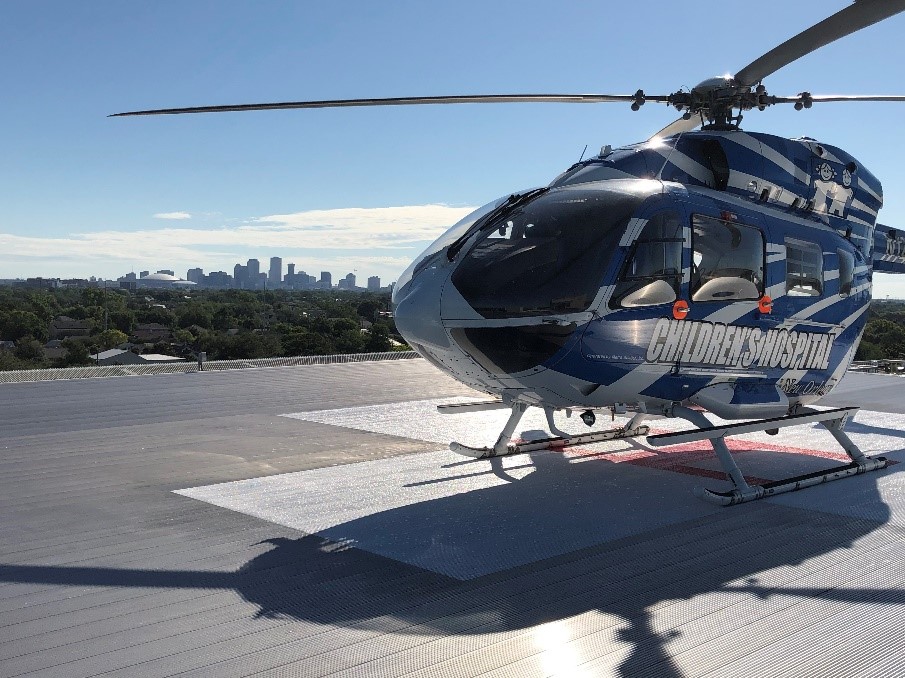 Why does Children’s Hospital have a helicopter (air ambulance)?

Children’s Hospital did not always have a helicopter. In 2010 a tragic accident occurred, and a Louisiana family was not able to get their child, Abby, to a hospital in time. Sadly, Abby did not survive. A close family friend generously donated funds to Children’s Hospital to buy a helicopter so that no other family would have to suffer such a tragedy.

On January 1st, 2011, Children’s Hospital put our first helicopter into service and dedicated the aircraft in Abby’s memory. Our helicopter bears Abby’s name to this day.

Children’s Hospital does transport many children by ground ambulance. In fact, 44% of all transports into Children’s Hospital are done by ground ambulances. An air ambulance is used when every minute counts to save a life. Many of our patients are critically ill children and neonatal patients that need immediate surgery or highly specialized care to treat time-sensitive emergencies such as a child drowning, a car accident victim with life threatening injuries, a premature newborn, etc. Our physicians collaborate closely with our Transfer Center to evaluate each patient on a case-by-case basis. Requests are made for the mode of transportation that will most benefit the patient based on the information available in real time.

Who determines the flight patterns of air ambulances and other helicopters?

The FAA established the pilot as the one with ultimate responsibility for safe operation of the helicopter based on safety specific circumstances. Only the pilot can judge and adjust the flight path for safety threats such as wind, obstacles, other aircraft, etc. Children’s Hospital values our neighbors and our pilots are fully aware of our location in the heart of the Uptown residential area. Our pilots are long-standing members of our flight program and take great care to avoid overflying residential homes as well as the Audubon Zoo, as long as they can guarantee the safety of the patient and crew.

Air ambulances vary their route to the hospital depending on the direction they are coming from, other air traffic, obstacles (tall buildings and towers), and wind patterns. This is much the same as why airplanes landing at the same airport may land and depart on different runways based on the conditions at the time.

How high are air ambulances supposed to fly?

Typically, air ambulances are supposed to fly at a cruising altitude that clears the highest obstacle in the flight path plus 300 feet (day) and 500 feet (night). For in and around the city of New Orleans, this means that the Children’s Hospital air ambulance will usually fly between 1500 and 2000 feet (unless landing or taking off). It is our preferred practice to land and take off from the southwest, southeast, and East of the hospital whenever possible.

Why do helicopters have to take off into the wind?

Similar to fixed wing aircraft, helicopters need proper airflow over the main rotor system on both take-off and landing. Effective utilization of the wind is imperative for safety reasons and enables the pilot to have the most amount of control and stability when landing or taking-off (particularly in warmer weather conditions). Helicopters are susceptible to “settling with power” if not landing into the wind. The helicopter can settle into its own downwash from the rotor and can result in catastrophic consequences. The location of the new helistop improves access to undisturbed airflow and allows for increased aircraft performance. This will allow the aircraft to arrive and depart in a more efficient manner and will help to reduce the overall duration of the noise impact during each takeoff and landing.

Why do the helicopters sometimes hover or circle over the helistop?

What has Children’s Hospital done to communicate the new helistop and preferred flight paths to the other air ambulance companies in the area?

Children’s Hospital has published this information with ALL the air medical operators in the Gulf South region. This information explains the preferred flight paths of the approaches and departures as well as explicitly expresses the intent for noise abatement considerations (due to the close residential area) with the understanding for the occasional exception for safety or weather-related reasons.

How many helicopter take-offs/landings are there at Children’s Hospital every year?

The Children’s Hospital helicopter flies around 350 children into the hospital every year (almost 1 patient per day). More than 80% of these life-saving pediatric critical care transport trips happen during normal daytime hours This means that on average there are less than 5 pediatric critical care transport flights per month during overnight hours. 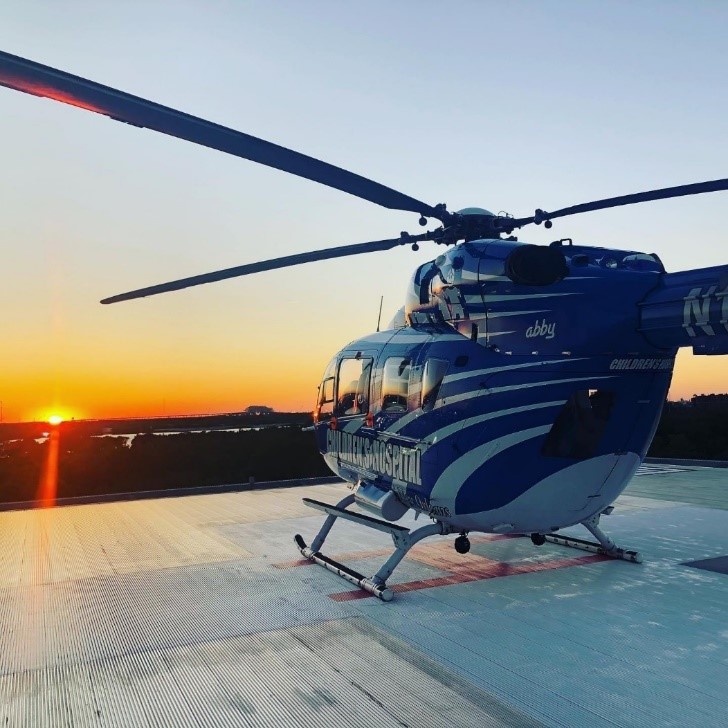