On December 2, 2021, Mila Ryan Latiolais was born a happy and healthy baby – all ten fingers and ten toes, strong appetite and pink cheeks. To Mila’s parents, Britney Serrette and Matthew Latiolais, she was everything they dreamed she would be. She was their perfect baby girl.

“She honestly was a really good baby. By seven weeks, she was sleeping through the night. She ate well and was always smiling,” said Britney.

Then her health took a dramatic turn, within hours, when Mila fell ill around ten weeks old. A common cold, which would have been a minor issue in other babies, uncovered something very serious about Mila’s health. 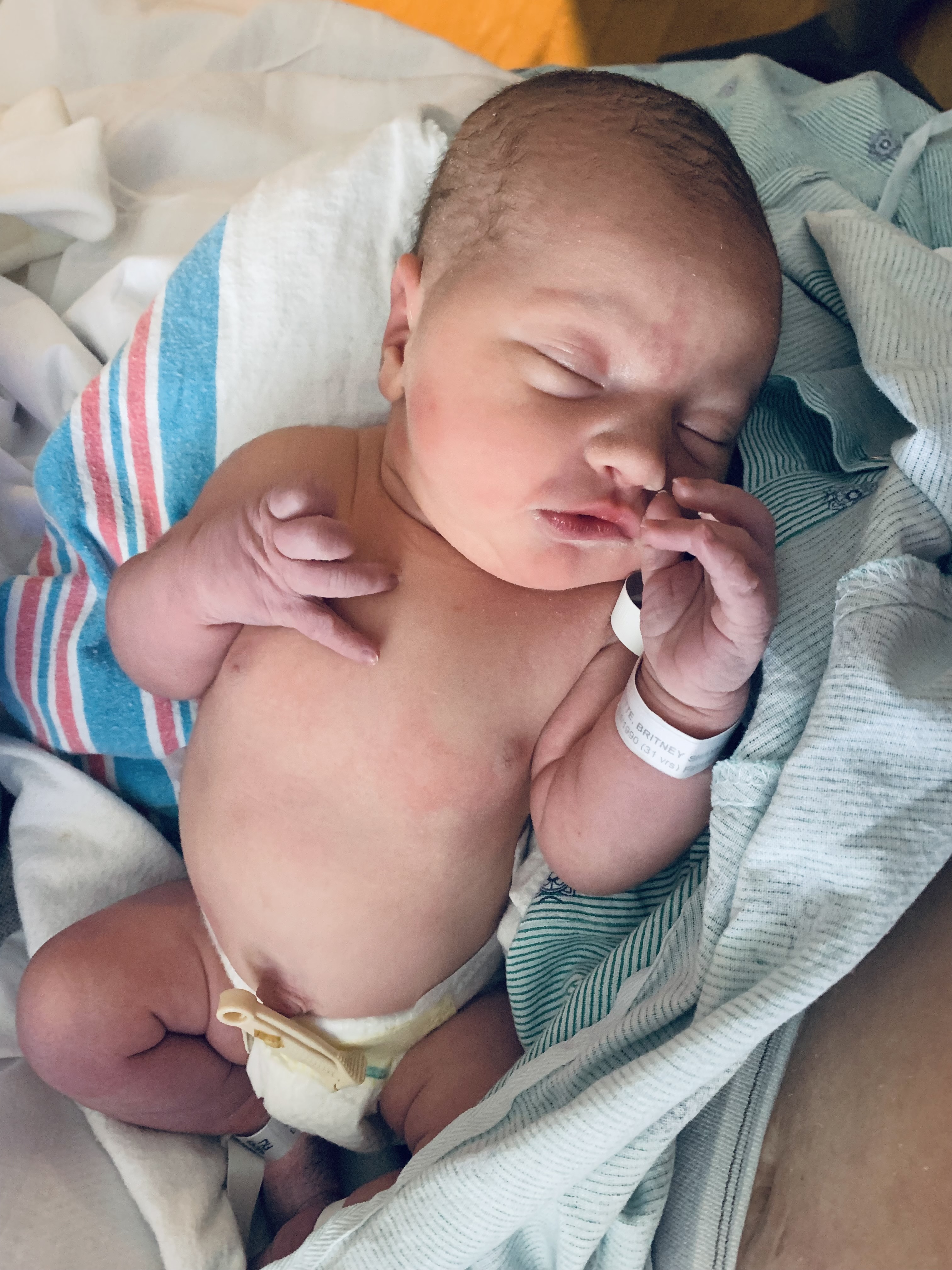 “It just kind of sounded like congestion, and it was always in the mornings, but typically she would be able to cough it up and sound more clear,” said Britney. “We had seen multiple pediatricians from the hospital and checkups and all that and they all listened to her lungs, and they said there was nothing wrong. She was eating fine, had no fever and had a good demeanor. So, we kind of just got used to that loud raspy breathing, waiting for it to clear up.”

It never did improve. In fact, it got much worse when her lungs began to collapse. Mila had contracted the Rhinovirus, and her little body was quickly getting tired of fighting.

“Basically, her ribcage was caving in, called retracting, because it was working too hard to breathe. I called the ambulance,” said Britney. “We went to the hospital in Lafayette on a Wednesday, and then Friday they tried to intubate her just to give her body a rest from breathing so hard. But they were only able to get the tube down so far. So, they were kind of puzzled as to why. They went in with a tube suitable for a premature baby. That's how small it was.”

Mila had a condition that needed a collaborative surgery that was so rare, it has only been performed fewer than 50 times in the past 30 years.

Mila was airlifted to Children’s Hospital New Orleans so she could find quality care with experienced specialists who have the knowledge and tools to find and fix what was wrong with her. She was in the hands of Dr. Frank Pigula, Chief of Pediatric Cardiothoracic Surgery, and Dr. Scott McMurray, Chief of Pediatric Otolaryngology and Dr. Jill D'Souza, a pediatric otolaryngologist who played a big role in Mila’s care.

“Once you get into the outside world, where you have to breathe on your own and air has to go in and out through this windpipe, is when we can discover a problem,” said Dr. McMurray. “The airway is so small, it's like breathing through a straw. Oftentimes, the children will have noisy breathing because they're breathing harder and they experience respiratory distress. Kids like Mila also experience changes in the blood flow if they have a heart disease that makes them turn blue because the pressures are different as the pulmonary side gets stressed.”

Mila had a combination of a congenital heart defect with complete tracheal rings, a condition that is typically only discovered in the first few weeks or months of a baby’s life when breathing issues begin to surface. To save her and help her lead a normal life, Dr. Pigula and Dr. McMurray teamed up to perform one of the first few joint heart and airway surgeries in the state of Louisiana. They performed a procedure called a Slide Tracheoplasty and repair of the left pulmonary artery (LPA) Sling to correct a Pulmonary Artery Sling (PAS) with severe tracheal stenosis.

“We got there that Friday night, and there was a roomful of doctors and machines. The doctors explained that she had Complete Tracheal Rings, which means your trachea is completely closed at some point, versus having cartilage in a healthy trachea. Also, an artery from her heart was wrapped around the trachea as well, so they needed to do surgery sooner rather than later,” said Britney.

Understandably, Britney and Matthew were shocked and overwhelmed.

“I just broke down because you have this baby who was so perfect, and I never had problems with her. Then, all of a sudden, she was in the hospital, and I was trying to make sense of it all. Like, how did this even happen? She was just fine. We just sat there and held each other and agreed that we’ll get through it – that whatever she needs to do, we have to do it,” said Britney.

In this Slide Tracheoplasty procedure, the surgeons alter the trachea to make it twice as big and only half as long, and the trachea is able to grow with the child as they get older.

“This is a lethal and life-threatening condition if it's not dealt with,” said Dr. Pigula. “Sometimes the airway is so tenuous that it wouldn't take much to push them over the edge and have a fatality. It’s a case-by-case basis, and that really depends on Dr. McMurray and his team's evaluation of the airway.” 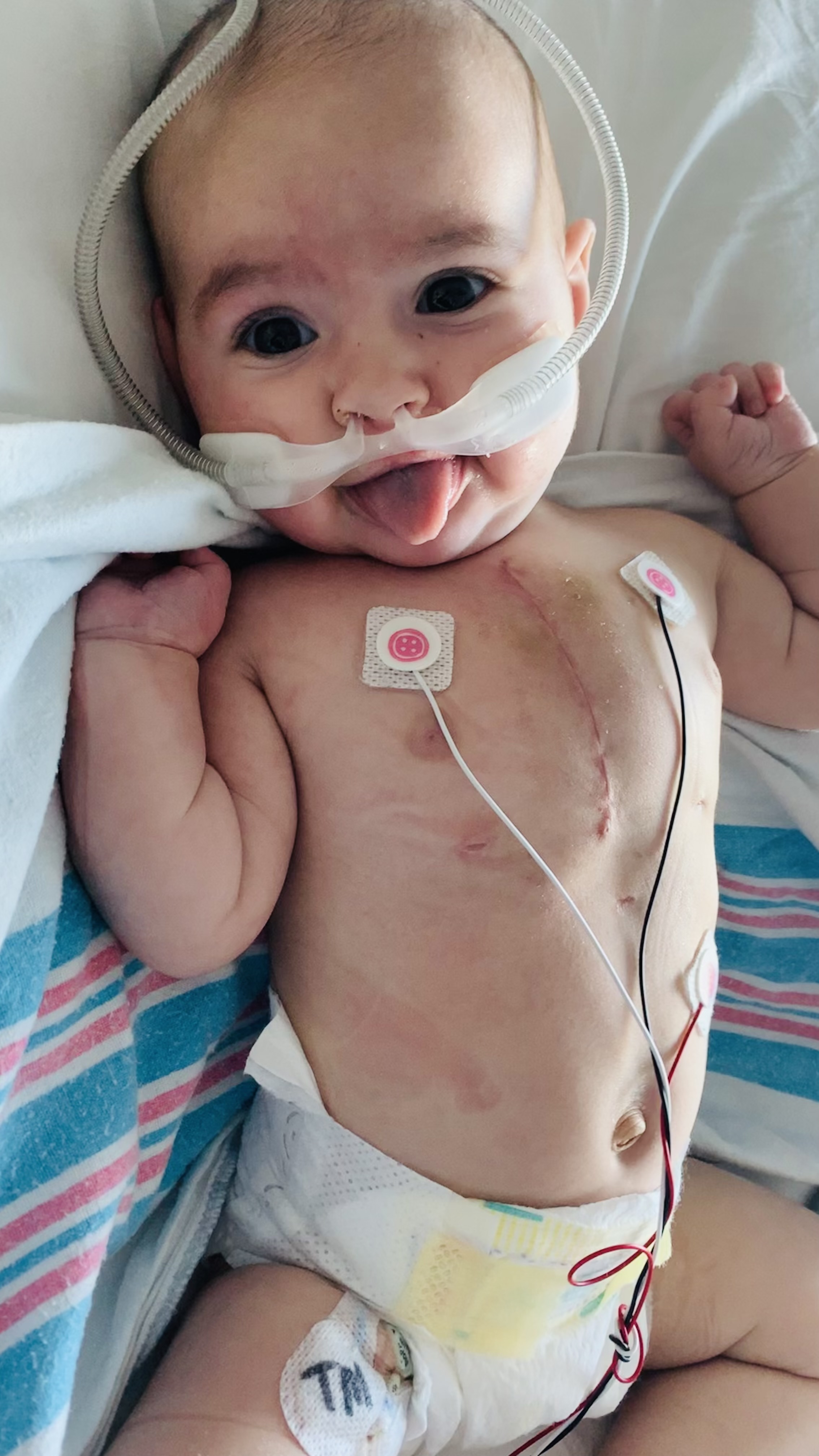 After undergoing an eight-hour successful surgery that following Monday, her parents were able to be by her side again as Mila began the recovery process.

“It was obviously a grueling day, but they were able to keep us updated on the progress. After surgery, Dr. Pigula, Dr. McMurray, and Dr. D’Souza spoke with us and they were super informative, very patient, and would sit there as we'd ask questions. They were willing to calm our feelings and were so reassuring,” said Britney. “It was scary seeing her after surgery, seeing her on sedation medicine to keep her comfortable. She was hooked up to several medical stations, antibiotics, fluid, and chest tubes that were removing fluid from her lungs.”

Over the five weeks in the hospital, Mila had to re-learn motor skills, like sucking and swallowing, and they provided specialists to help her parents navigate the changes.

“Everyone was super helpful – down to the housekeepers. The surgeons who operated on her were very informative and caring. I remember our cardiologist, Dr. Michael Brumund, hugging me and telling me it was going to be okay, and that we were going to get through this. The entire staff was just great. It’s humbling all the support they gave us, making it personal,” said Britney.

Mila recovered and was finally able to come home March 31, 2022.

“We were so excited to take her home. After almost a month and a half in the hospital, we were on edge and hypersensitive to any noise that she made. It was extremely challenging mentally. Two weeks after we got home, she started wheezing again and got sick. I still feel like I’m in survival mode; I don’t really sleep well,” said Britney.

Now young Mila is thriving. After the four-month check-up, her pediatrician gave the green light for her to start eating solid foods – a big moment in her recovery.

“We gave her pears and some sweet potatoes, and she scarfed them down. It’s impressive. She’s doing so good!” said Britney. “We were relieved when Dr. Pigula said she wouldn’t be limited physically, and she shouldn’t need any further any surgeries. She’s tasting her hands, learning to grab and reach out and is on the verge of learning to laugh.”

Mila is on track with her growth milestones and is eager to learn about the world around her. She will have regular check-ins with Dr. D’Souza to monitor her airway as she grows and assess if further trachea dilations will be necessary.

“She has had a couple follow-ups with her cardiologist, Dr. Brumund, and has been cleared for only yearly visits – an amazing victory!” said Britney. 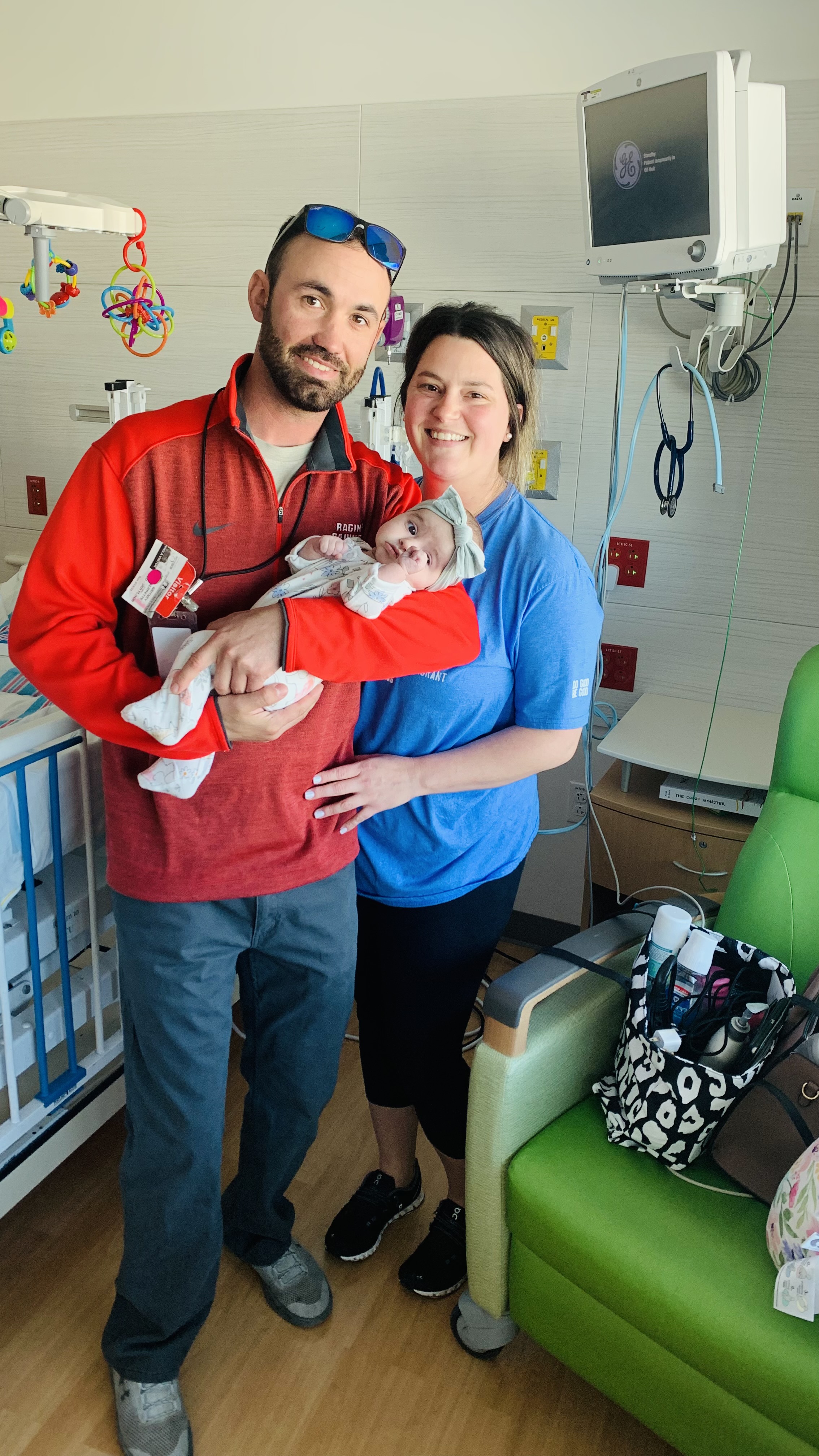 So far, the team has successfully performed two of these intricate surgeries, among the first of their kind in the state of Louisiana.

“It really does take a lot of people, including ENT, cardiac surgeons, imaging and echo, CT, CICU, specialized nurses and anesthesia. Everyone has been very helpful and committed to helping taking care of these kids,” said Dr. Pigula. “So, it’s not necessarily just Dr. McMurray and me, but it's the whole package that the hospital has supported and put together that allows us to do these kinds of innovative surgeries.”