Teenage daredevil Bernie Pitcher, 19, is a thrill seeker on four wheels. He wears a wide smile as he works on cars, taking engines apart and finding out what makes it tick. He’s in college studying mechanical engineering and has a dream to design his own car engine one day – one that could rival those Fast & Furious dragsters. 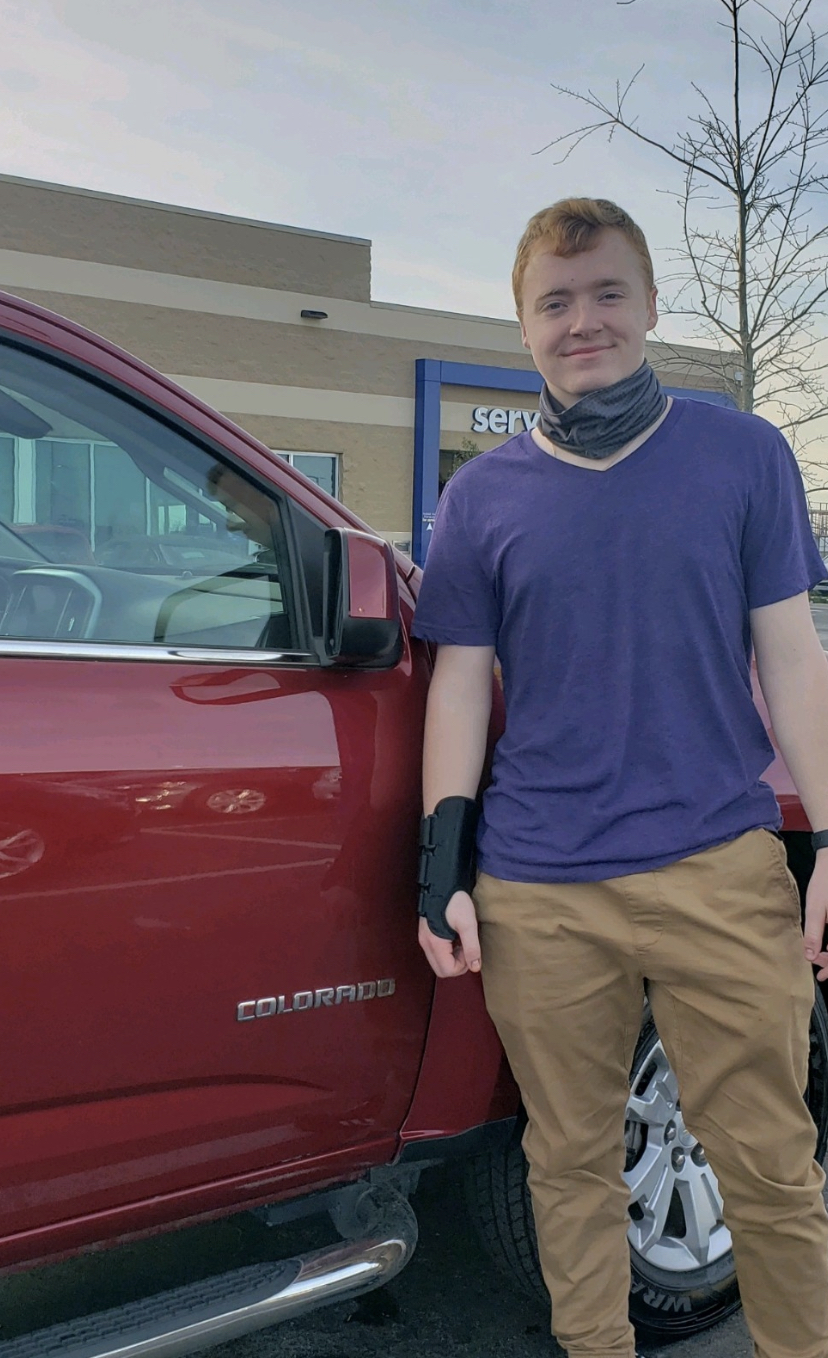 But he hasn’t always worn that smile.

He was just six years old when his father committed suicide. His mother, Shelley, tried to explain it in the least painful way possible for her young son. “Something was wrong with his mind. It stopped working,” she had told him. He didn’t know the whole story until 10 years later.

When Bernie was 16 years old, a student at his high school committed suicide. He and his friends were shaken by the news. He came home and brought it up with his mother over dinner. It was in this moment that she felt she could tell her son the difficult truth about what happened to his father.

“His first response was, ‘well, why couldn't he stick around for me?’ And I knew that question was coming. I told him it was a mental illness,” said Shelley. “I told him ‘it was never about you and who he was going to hurt.’”

Bernie’s father struggled with depression for years. He was hospitalized for psychiatric evaluation when he took his own life, a few days before he was set to be discharged.

“There was so many emotions at once within an hour,” said Bernie. “I was deeply depressed for a week or so. I wanted to blame the nurse and became angry. It started hitting me in waves. It hit me hard, then it kind of went away. Then right when I thought it was the last part, it hit me harder than it ever hit me before.”

Bernie’s grades started failing, and he became depressed and withdrawn. Then one day, he hit a low point. He secretly started making a plan to take his own life.

When the time came, he hesitated.

“It scared the living hell out of me,” said Bernie. “I just stopped and said ‘what am I doing? Like, are you sure about this?’”

He told his mother about it when she came in his room soon after to discuss his failing grades. After listening to what he was going through, she made the hard decision to get him to a place that could help him. It’s a decision that Bernie now credits for saving his life, but he certainly didn’t feel that way at the time.

“I was mad at her. I didn’t want to go,” said Bernie. “But then, I realized that it was the break I needed. I was in a very desperate mode and needed help.”

Bernie was taken to the Behavioral Health Center at Children’s Hospital New Orleans where he remained inpatient for a week. The 51-bed Center is the only psychiatric program in the Gulf Coast region exclusively dedicated to the mental healthcare needs of children and adolescents in crisis. Their experienced staff provided resources and expertise to Bernie to help him sort through his feelings. While there, Bernie read a brochure a nurse gave him about the seven stages of grief, which he says was a real eye-opener.

“I was reading it, and it was the weirdest thing because right when I read the last stage on acceptance, the depression instantly snapped away,” said Bernie, swiftly making snapping sound with his fingers. “I just came to conclusion, like everything that could have happened, happened. There was nothing else I could do because it's in the past, and you really can't go back. It was an action he (my dad) chose.”

Leaving the center was just the beginning of Bernie’s mental health journey. Bernie left with the tools he needed to stay on a healthy path, including breathing and concentration techniques, techniques he says he still uses regularly.

“They taught me if I had too much stuff my plate, just to focus on one thing. Don't focus on all the things you have; just focus on one thing at a time,” said Bernie. “They actually got me set up with a therapist. It's kind of shocking how much saying it out loud has helped me. You never want to keep stuff to yourself. That’s the worst thing. Tell at least one person - whether it's a therapist, your parents, your grandparents, or just walk to a random person and tell him… just as long as you tell somebody.”

While Bernie knows he won’t be smiling all the time – his depression is something that never truly disappears – however he now has skills to cope and be a happier and purpose-driven version of himself. Shelley has seen the change in her son first-hand.

“I think knowing that he has a family history, it scared him a bit. There’s that stigma that you don’t talk about suicide or mental health, but it’s not any different than you going to the doctor when you don’t feel good. That’s his mentality now,” said Shelley.

Because of this experience, Shelley has seen Bernie help his own friends who have struggled with thoughts of hopelessness.

“He’s just so much more aware of it now. It’s now become his normal; he’s looking for those red flags amongst his friends,” said Shelley. “He wants them to know they don’t have to keep these feelings bottled up.”

Bernie may be a daredevil, but he now has every intention of staying alive to take those risks in life and live life to the fullest. He knows that the road ahead would look a lot bleaker if it wasn’t for all those individuals who stepped in during his darkest hour – reaching out a hand to help. He thanks everyone at Children’s New Orleans for the investment they made in him.

“Thank you to everyone who I even talked to about something or helped me, especially my mom because she made the right decision for me when I told her I didn't need it, and thank you to the hospital because they showed me what I was going through, and they helped me to stop it. It made me a lot better.”

This week is dedicated to Mental Health Awareness which is why Bernie chose to tell his story…to help others in need. The Behavioral Health Center at Children’s New Orleans is focused on teaching and empowering patients to develop healthy life skills to improve their current function and future quality of life. For advice on how to help your child or loved one with their mental health issues, please contact us at Children’s Hospital New Orleans Behavioral Health Center at https://behavioralhealth.chnola.org/.