Brandi and Joshua Lee found out they were expecting their first baby in 2016. After trying for some time, they were over the moon.

However, during the 20-week anatomy scan, they were told something that no parents want to hear – their baby had a congenital heart defect.

Everett was born with Tetralogy of Fallot (TOF). It’s a rare condition caused by a combination of four heart defects that are present at birth.

“Since we were diagnosed with a heart defect it in the womb, we were able to begin preparing for what may happen. He was born just a week earlier than term, but thankfully he wasn’t born blue, something that is common with heart babies,” said Brandi. “They sent us home after 14 days to ‘fatten him up,’ He had some reflux issues, so we had to go back to the NICU, and we ended up getting flown to Children’s Hospital New Orleans two days later. We were there for three weeks.” They were then sent back home to wait for surgery. At a standard pediatric check-up, Everett’s stats were declining. After a short stay in the PICU, the decision was made to once again fly him to Children’s Hospital New Orleans to prepare for surgery.

At around three months old, after Everett had gained some weight, he was ready for his open-heart surgery. Dr. Timothy Pettitt, one of Everett’s surgeons, helped make the successful repair to Everett’s heart, and he remained in the hospital for three weeks to recover. The plan moving forward would be for him to follow up with his cardiologist, Dr. Michael Brumund, on a regular basis to monitor his progress and to make sure he would not need any follow up procedures. So far, his repair has lasted and he has been living a normal life doing all the things boys do.

At one of Everett’s regular appointments with Dr. Brumund, Brandi learned that he was now seeing adult patient who had congenital heart disease or who were diagnosed with a heart defect as a child. Brandi thought of her husband immediately who had had heart surgery as a child but had not done much follow up after that. Brandi encouraged him to make an appointment to see Dr. Brumund.

“I knew Joshua had a heart issue before, but he was getting regular checkups and we didn’t think he’d need more intervention. When Dr. Brumund did the whole work-up on Joshua, he found some serious issues on an MRI that hadn’t been caught until that point,” said Brandi.

Patients like Joshua are the exact reason Children’s Hospital New Orleans started an adult congenital heart program (ACHD). Because of the many advances in medical care, people born with congenital heart defects are now living into adulthood which underscores the importance of programs focused on this specialized care. Children’s ACHD program is accredited by the Adult Congenital Heart Association and is one of only a handful of programs in the country to achieve this accreditation. 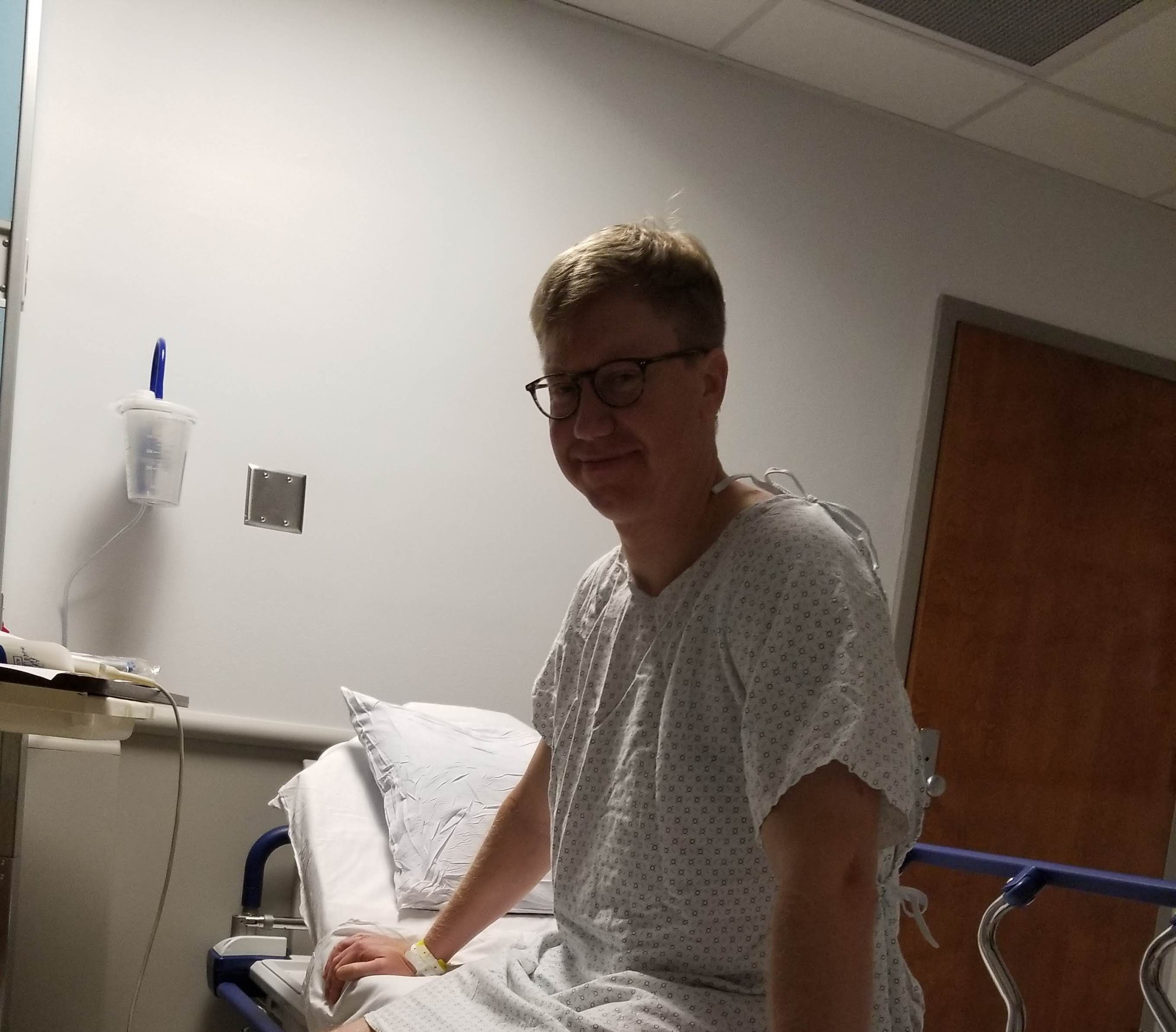 Like with Joshua, many ACHD patients have open-heart surgery as kids and then don’t follow up regularly with a cardiologist because their issue was fixed and they don’t realize they have a problem. Adult cardiologists often miss issues because they are not familiar with the heart conditions that are found at birth. The good news is that once Joshua had a full workup with Dr. Brumund, he realized he would need surgery and underwent an open-heart surgery for a heart valve replacement with Dr. Pettitt in August 2018 and a second surgery with Dr. Scott Macicek in January 2020 to install a permanent defibrillator.

“If we didn’t have Dr. Brumund, it could’ve been a completely different outcome for Josh, which is scary. I mean, the current damage could be irreversible to the heart. We’re just so thankful Dr. Brumund caught it when he did,” said Brandi.

Just a few short months after Joshua’s recovery, they found out they were expecting baby number two. But again, they experienced an all-too-familiar scenario. The 20-week anatomy scan found a problem with the baby’s heart. This time, the prognosis was worse.

“Dr. Brumund seemed completely surprised, and I could see that he was way more nervous to tell us about my daughter compared to Everett. They knew it was worse than Everett, but they didn’t know how bad. They said she's coming out blue and would possibly need to have a surgery right away when she was born,” said Brandi.

That wasn’t quite what happened. 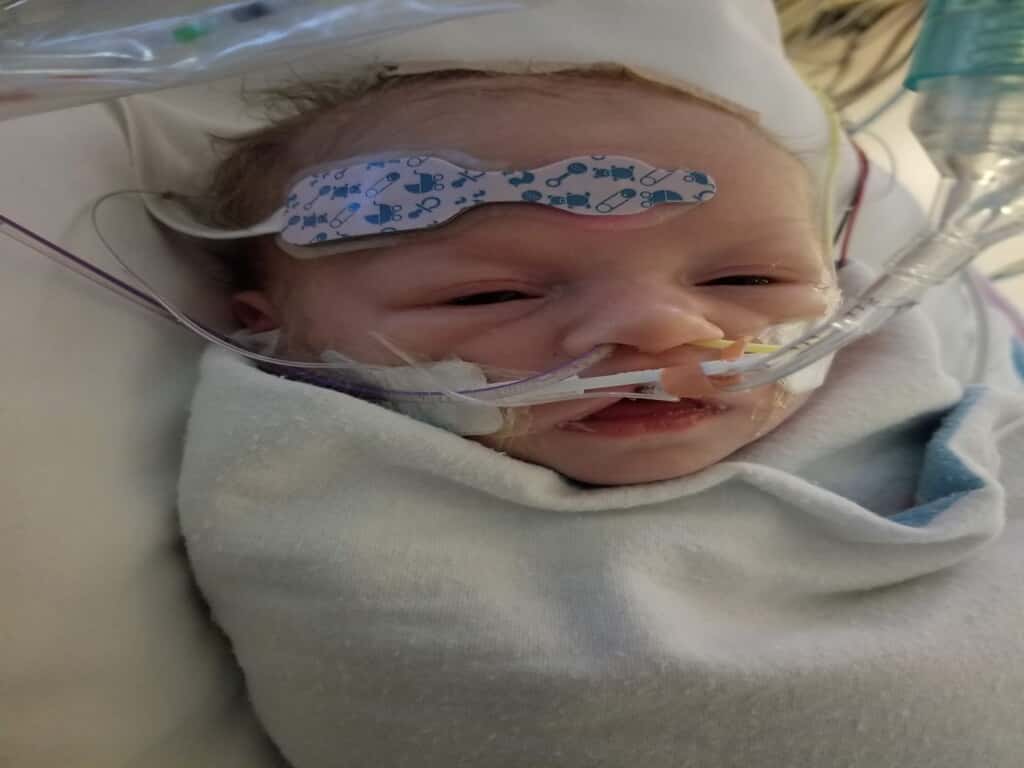 “She came out completely pink and screaming. We knew something wasn’t completely right, but we didn’t know what,” said Brandi. “What we found out was that her condition was actually more severe than we thought.”

Erit had Truncus Arteriosus, a rare type of heart disease in which a single blood vessel comes out of the right and left ventricles, instead of the normal two vessels, the pulmonary artery and aorta. It is estimated that truncus arteriosus accounts for only about 1 in 200 congenital heart defects.

“It was a very rare scenario. Nothing will function correctly eventually. Without intervention, she would not live,” said Brandi.

Erit had her first open heart surgery at 13 days old, where the doctor placed a valve. Her body didn’t take it well at first.

“They closed her chest up, but she was not stable. So, they had to open her chest back up. She had her chest open for five days,” said Brandi. “As I saw my daughter laying there, fighting for her life, I was so amazed at how strong and resilient she was.”

Brandi and Joshua wanted to understand why both of their children had heart issues especially knowing the conditions were not genetic. What they did learn is that they were also born with Adams-Oliver Syndrome 6, something Joshua had as well. This is aplasia cutis congenita (ACC) of the scalp and terminal transverse limb defects (TTLD) and also causes heart defects in some cases, which explained things.

“It's very rare. There are only about 125 recorded cases ever, and Erit is a one-of-a-kind. They've never had Adams-Oliver Six baby with her heart condition. In addition to her heart condition, she was born with a hole in our head with no skin covering it. She also has hip dysplasia, which delayed her walking until 16 months,” said Brandi. 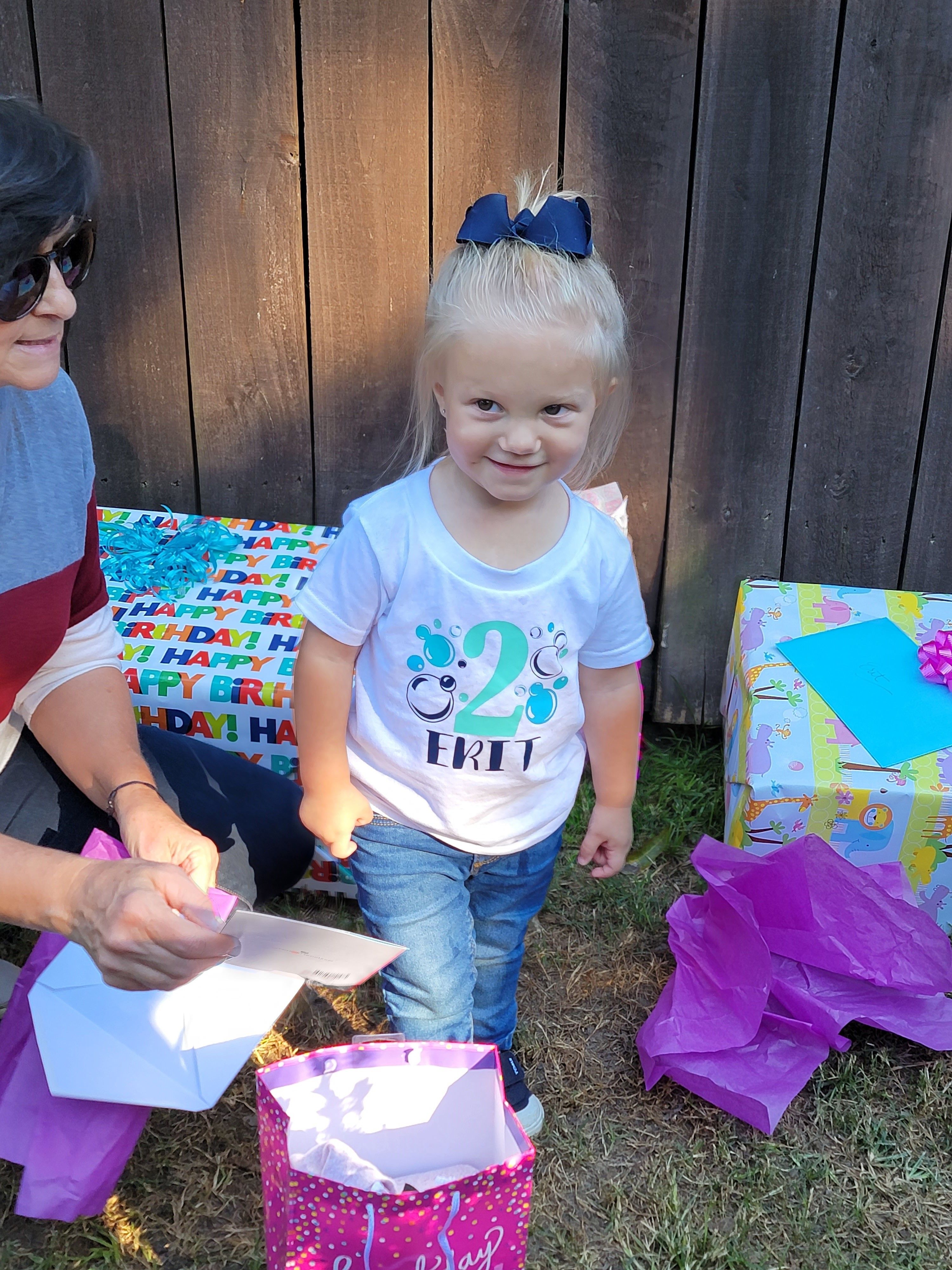 Erit is now two years old and running around like her big brother. She will need another heart surgery as she grows but so far her cardiologist said, she is doing well and has not scheduled her for that next surgery. She is a lover of all things outside, dancing, and smiling. Erit knows exactly what she wants.

Everett, who is now 5, also went through physical therapy and was born with a thin layer of skin over what would be the skeletal structure on his head due to the Adams-Oliver condition. The spot eventually closed up, and a surgical repair was done to mask the defect.

“He is just a lover of life - the happiest child. He loves any type of animal. He wants to be a zookeeper. He loves his new kindergarten and his new friends, and loves his sister,” said Brandi. 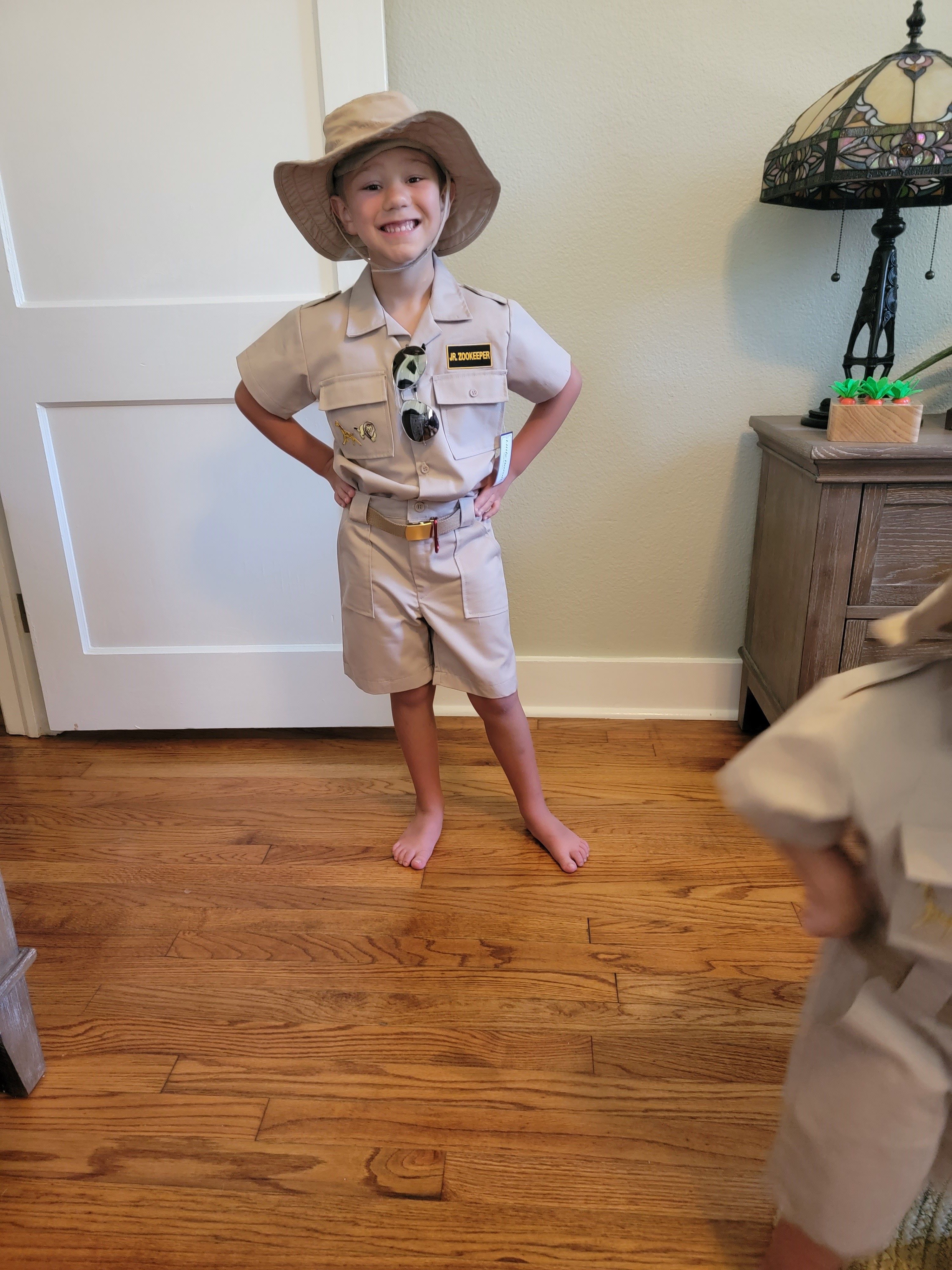 In all, the Lee family experienced four heart procedures in three years. Brandi credits Dr. Brumund and everyone at Children’s H_ospital for being a rock for her husband and two young children during each of their surgeries.

“When you're a heart patient, you put your trust into the hands of your doctors. Dr. Brumund was that person who said ‘Hey, I got you. I got you as an adult and I got your children, and we're going to make it through this.’ I felt a tremendous amount of respect and comfort,” said Brandi.

Brandi says she was left speechless by the quality of care her family received at the Heart Center at the Children’s Hospital New Orleans.

“There's no words that you can say. Everyone at the Children's Hospital is there for the same reason: they want to help you with your child and to make them better. They literally are our heroes.” 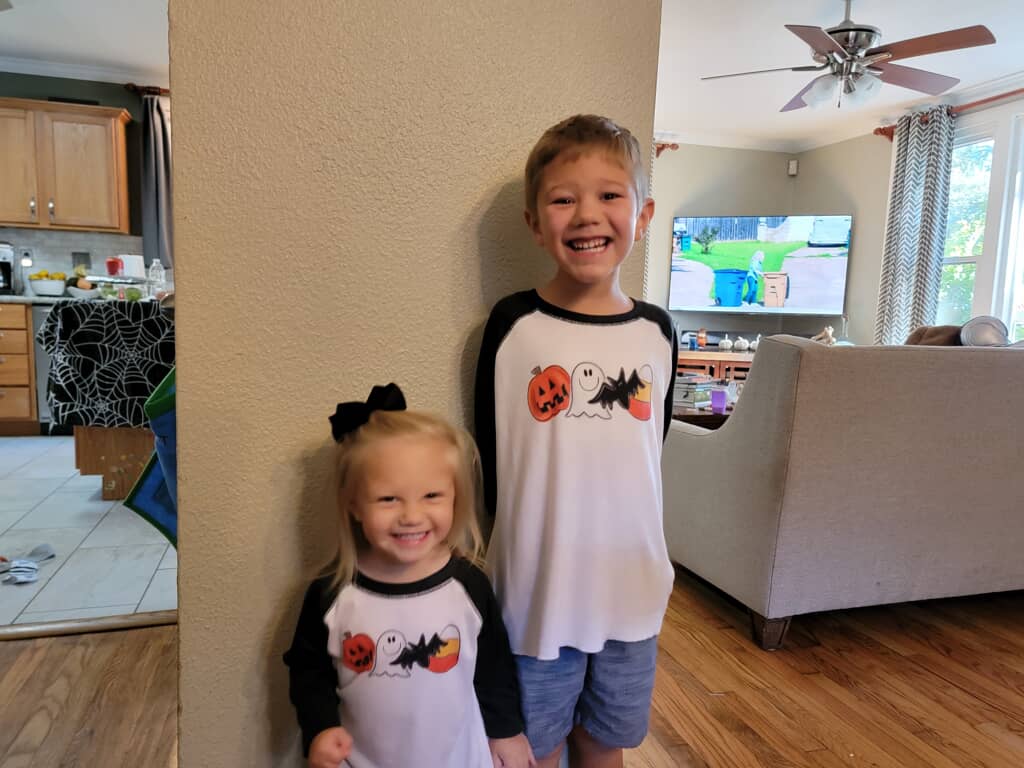 To learn more about the Heart Center, please see: https://www.chnola.org/our-services/heart-center/