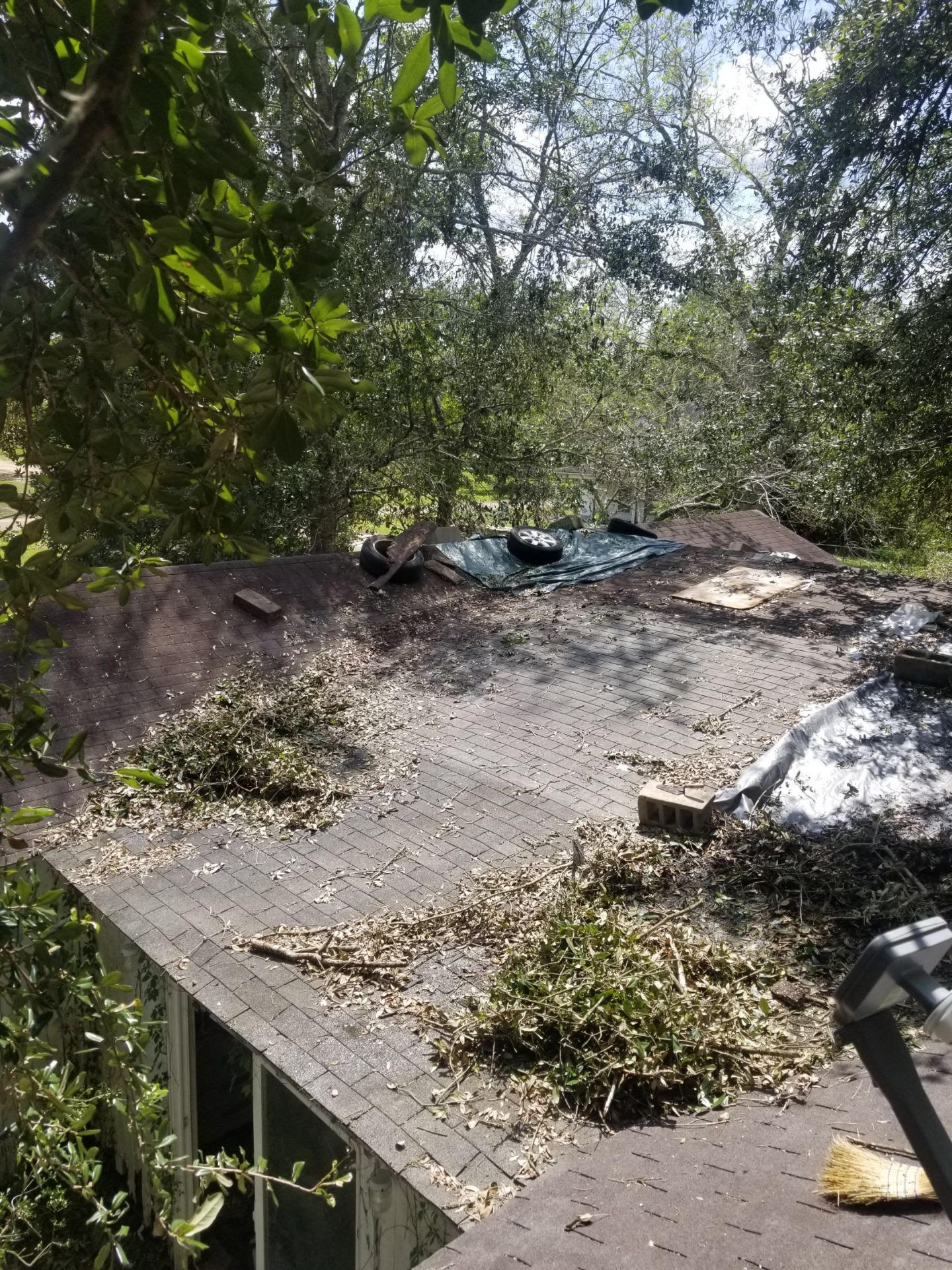 Hurricane season has shown little mercy this year, especially for the residents who live in and around Lake Charles, Louisiana. You may be familiar with the name Laura, the mighty storm which grew to a category 4 hurricane and made landfall along the coastline of our great state at 150 mph. Laura swept through southwest Louisiana destroying homes, businesses, and knocking out power for hundreds of thousands of residents.

One of those residents living in the town of Merryville, located in Beauregard Parish, is Rachael Rinerle. The storm could not have hit at a worse time, as Rachael had just learned that her baby girl, Maggie, was suffering with a breathing problem that her pediatrician could not quite figure out.

“She made a funny little noise. Doctors thought it was her nasal flaps and that she would grow into it, but the noise never improved,” explained Rachael. 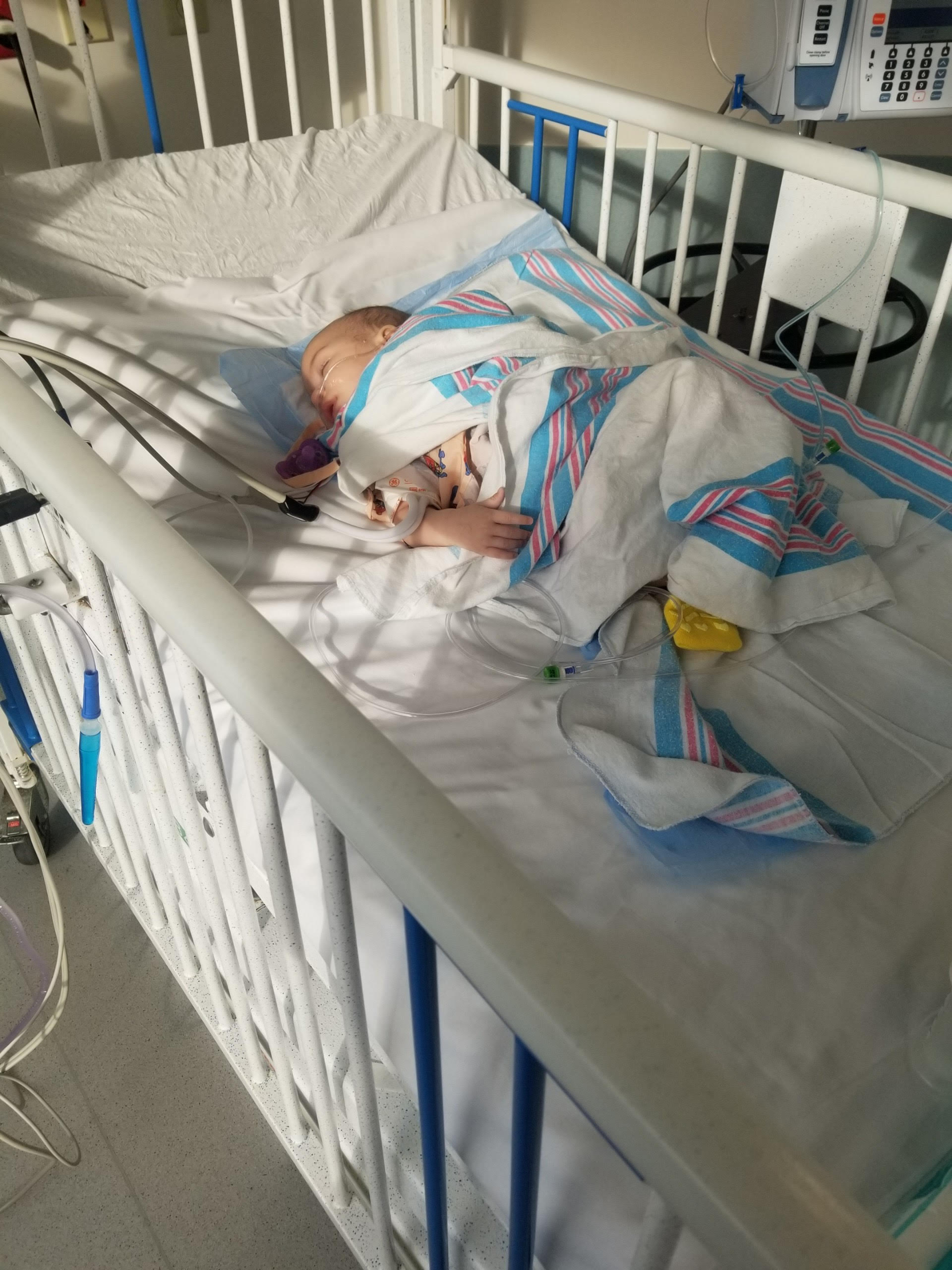 Maggie was referred to Dr. Dean Edell, a pediatric pulmonologist at Children’s Hospital New Orleans, who first saw baby Maggie in Alexandria. Dr. Edell went to work in trying to pinpoint the cause of her breathing problem. He used a small flexible scope through her nose and discovered a blockage. Dr. Edell saw that her epiglottis, the flap valve at the top of her voice box, was too floppy and was causing her breathing and feeding problems. He diagnosed her with severe laryngomalacia.

All the while, hurricane Laura had ripped through their small town, leaving the family without power. Luckily, a friend in Gulfport, Mississippi opened their home to Rachael and her family for shelter and a place to stay during the surgery. Before they could get to New Orleans, however, a new hurricane had formed in the Gulf which meant New Orleans was now dealing with their own hurricane watch.

This meant only baby Maggie’s parents would be able to come to New Orleans and stay for the surgery. Leaving their older son behind in Gulfport with friends, Rachael said it was unchartered territory to not only have a child undergoing surgery, but to also have a home left behind in ruins and a child left with friends in Gulfport. But little Maggie could not wait.

Dr. J. Scott McMurray, Chief of Pediatric Otolaryngology at Children’s Hospital, began preparing Maggie and her family for surgery. He evaluated Maggie and performed surgery to successfully corrected the blockage from her floppy larynx (laryngomalacia) on September 14.

“I cannot say enough about Dr. McMurray. His bedside manner is unlike any other. We peppered him with questions about Maggie’s surgery and he was forthcoming, reassuring, kind, and patient with us. I’m just amazed that he took the time to not only explain everything so thoroughly, but he even called us after we left to check on our Maggie,” Rachael said. 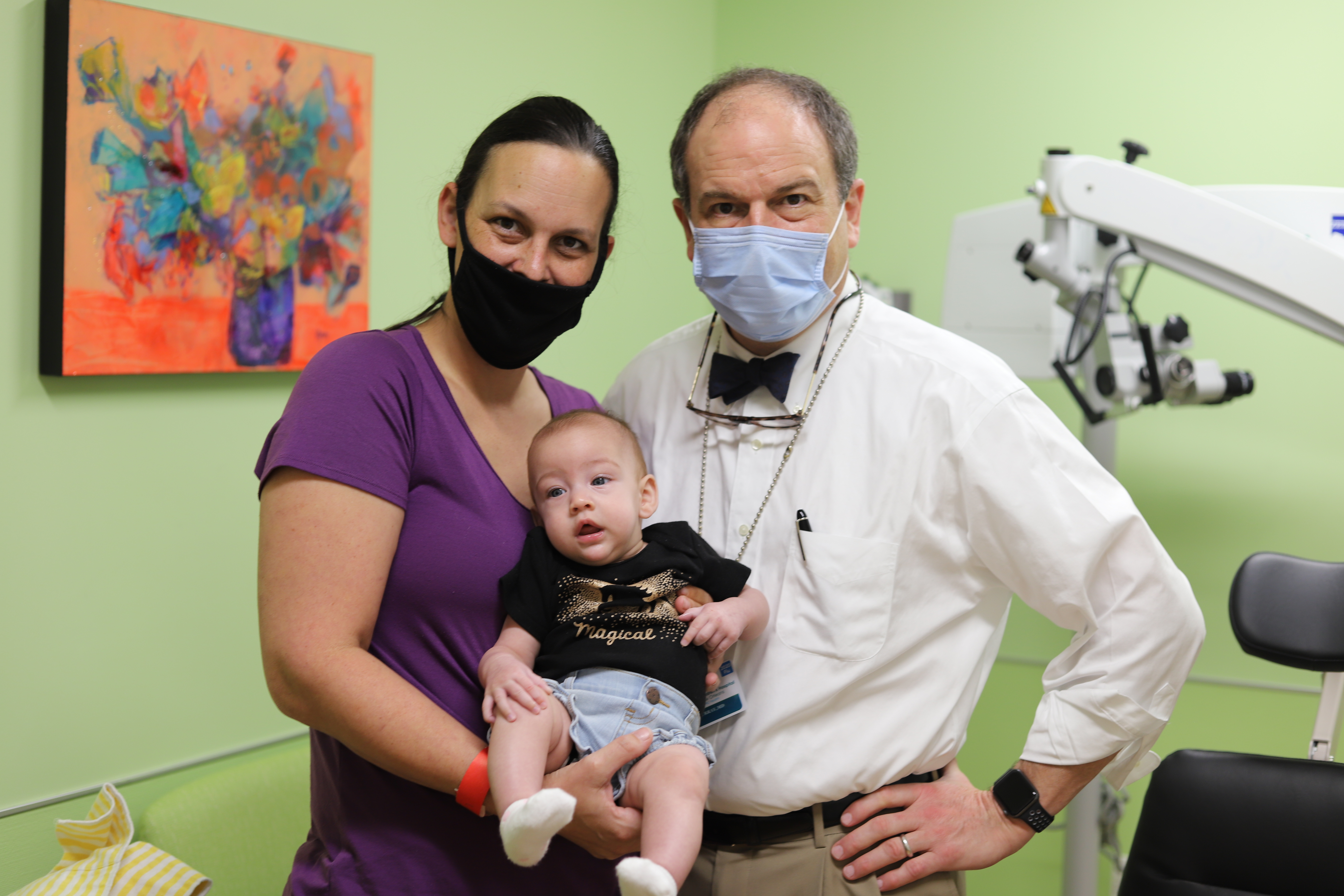 Returning to Merryville, it was time for the family to face their second battle. They faced challenges like roof and sheetrock damage and lived without power for 17 days. “This town looks like a warzone,” Rachael shared. “It’s just devastating to see.”

The silver lining in all of the chaos that Rachael had to encounter during the month of September was this: Healthcare providers who truly care and empathize with their patient and family, working together as a team, with outreach in Alexandria and specialized surgical care in New Orleans.

“I’m just so grateful. There are no words. I’m a very calm and go-with-the-flow kind of person, even when it’s chaotic, but I felt concerned because of this massive hurricane coming toward us while my daughter was sick,” said Rachael. “To have Dr. McMurray there who treated us like family, I was very grateful. I never asked for sympathy, I just wanted Maggie to be okay. It just felt good to feel reassured and taken care of like we were.”