“They told me to dress in the Santa suit,” says Shelby Brimley with a chuckle as she references this year’s family Christmas card. “The place where we got our Christmas photos taken assured me that kids take better pictures when their parents get in the suit because they aren’t as afraid.”

This is a picture of two-year-old Charlie, a Children’s Hospital patient who is becoming more confident in his mobility with his walker. At just one glance, anyone can see the hope and heartwarming feeling of the holiday season in just one snapshot. But to get to this point in time was no fairytale.

“At just eight weeks old, Charlie’s legs stopped moving. Our pediatrician referred us to the ER at Children’s Hospital New Orleans and Charlie received an MRI revealing a mass compressing his spinal cord causing paralysis,” explains Shelby. “He was admitted to the Pediatric Intensive Care Unit and two days later he had surgery to remove the tumor. Dr. Jerome Volk, who specializes in pediatric neurosurgery at Children’s Hospital, performed the surgery and assured us he removed as much of the tumor as he could see.” 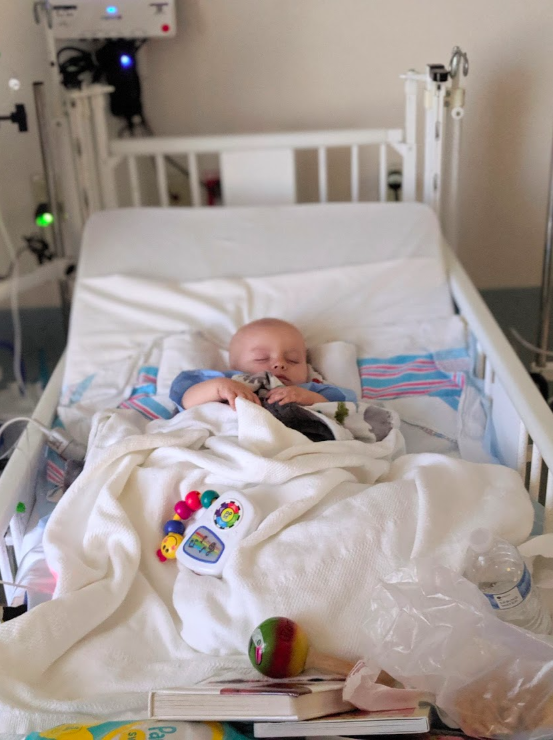 “The tumor was sent off for testing, and six weeks later was diagnosed as a Primitive Myxoid Mesenchymal Tumor of Infancy, which is extremely rare. It is cancerous, and according to our oncologist, Dr. Zachary Leblanc, there are barely a handful of these cases in the entire world, making a treatment plan tricky. Every six weeks we came in for an MRI, but the tumor began to grow back, which led to the decision to receive chemotherapy.”

Shelby explains that initially the chemotherapy treatments helped shrink the tumor, but one day the tumor simply stabilized at one size. Children’s Hospital New Orleans works diligently to provide the highest level of care in a full range of pediatric subspecialties; however, for those rare moments that require a service not available in Louisiana, Children’s Hospital partners with families to find the best possible solution.

That’s when the Brimley family made their way to MD Anderson in Texas for proton radiation treatments. With fear of permanently damaging Charlie’s nerves in his spine, oncologists weighed their option on what the best treatment could be in this rare case. 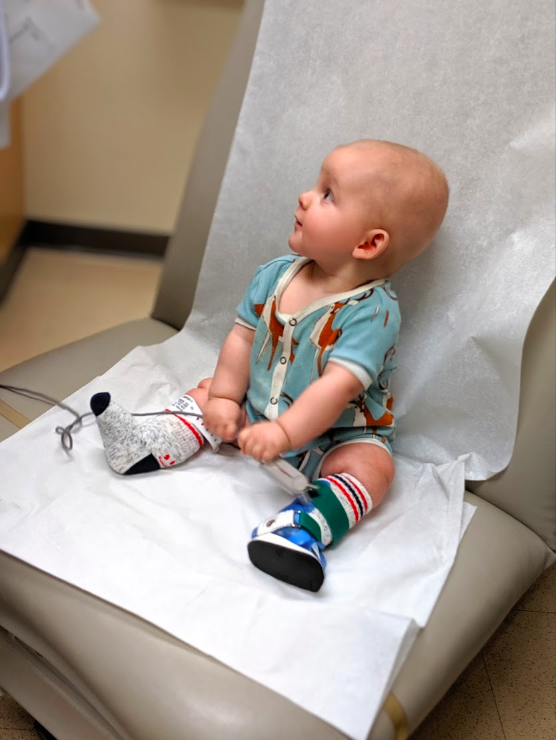 The decision was made to move forward with radiation and give infant Charlie 28 doses total.

“I would wake up at 3 am every morning to bottle feed my baby because he had to fast before being sedated for radiation every day.” Shelby shares. “Once radiation was completed, we spent time at Texas Children’s and then returned to Children’s Hospital for the remaining chemotherapy treatments. I’m overjoyed to say Charlie finished his last dose of chemo on December 9, 2019, one day before his first birthday.” 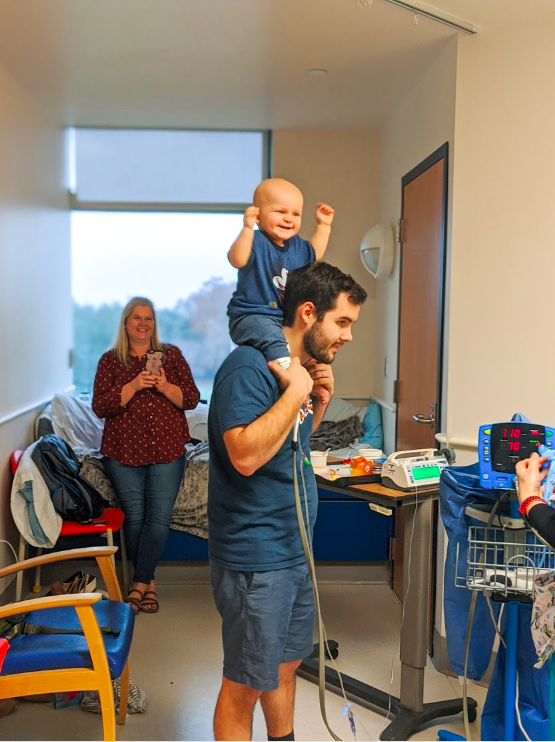 Charlie has remained in remission ever since, and that’s when his physical therapy kicked into high gear. This past year was full of many extraordinary milestones for Charlie - learning to walk, and also growing a thick head of blonde hair.

“He learned how to use a posterior walker, and that’s what you see in the picture. I look back on this journey and realize Charlie’s case was a difficult one. However, the doctors and staff at Children’s Hospital were so thoughtful during that tough year. They truly focused on our quality of life, which I appreciate more than you know. I began to think to myself; how can we thank these doctors who have saved our son’s life? That’s when we decided to take this Christmas photo and send to each and every person who healed our lives.” 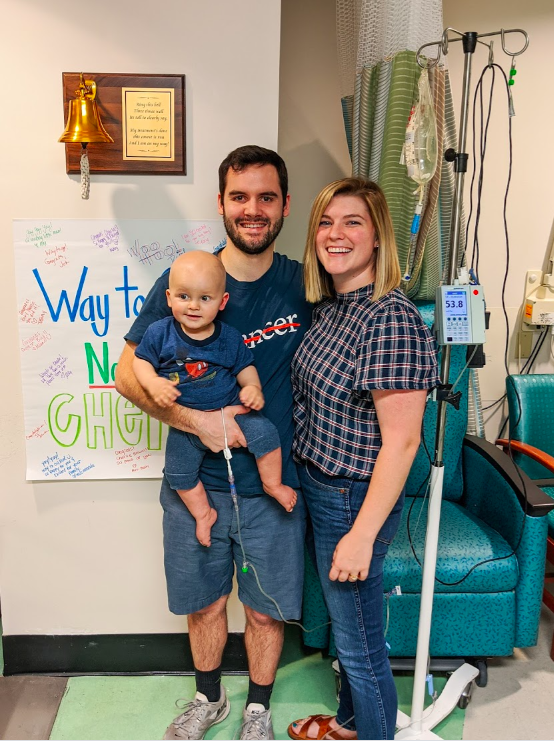 “Thank you for caring for our Charlie.”