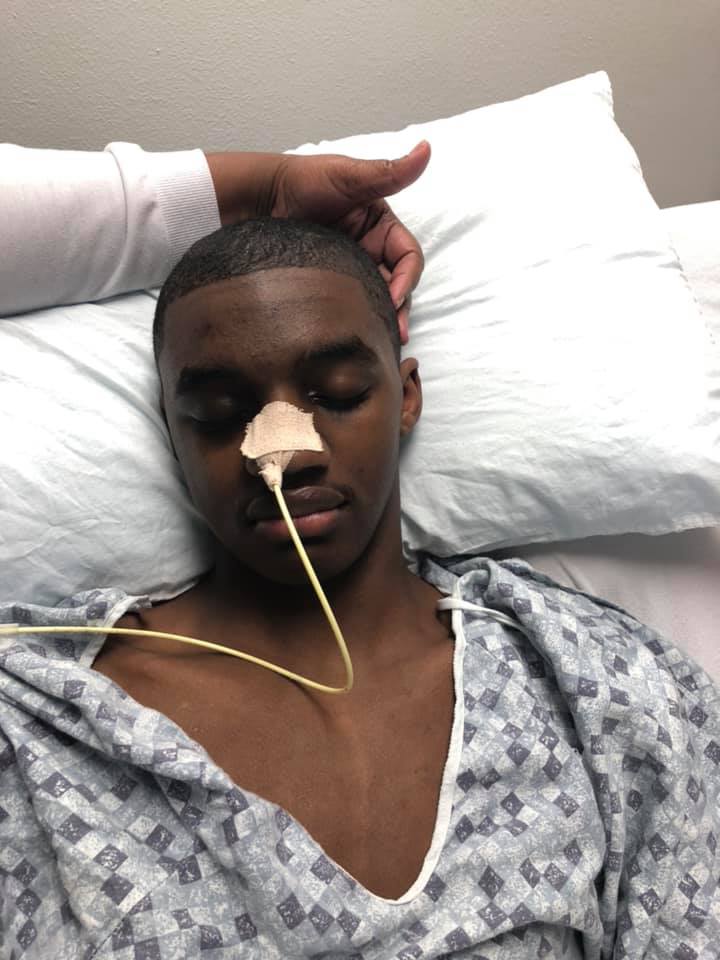 Throughout his senior year, 18-year-old Kaalas Roots was laser focused on graduating from Bossier High School in Shreveport and securing a basketball scholarship to college. On March 28, those dreams were almost lost when Kaalas was involved in a head-on car accident that left him with a traumatic brain injury.

Immediately following the accident, Kaalas was brought to LSU Health Shreveport where his recovery began. His father, Reginald Roots, explained that his son was like an infant again. He was always asleep or under heavy sedation, and was unable to stand, walk, speak, or even eat. After about a week in Shreveport, Kaalas’ doctor arranged for him to be transported to Children’s Hospital New Orleans for inpatient rehabilitation.

“His doctor said Children’s Hospital New Orleans has the best rehab facility in the state, so we said ‘okay,’” Reginald explained. “But now after seeing his miraculous recovery, I can stand behind that statement.”

Kaalas arrived at Children’s Hospital after a nearly five-hour journey by ambulance, and began speech, physical, and occupational therapy immediately. His parents and therapists were astounded when he began to very quickly reach one recovery milestone after another. After two weeks with Children’s Hospital’s rehabilitation team, Kaalas first stood, then took steps. While practicing standing in his room with his father, and his mother watching along on FaceTime, Kaalas uttered his first words since the accident, “I’m going to make it.”

After a month and a half of intensive rehab, Bossier High School graduation was coming up, and it was Kaalas’ goal to be there. Children’s Hospital’s transport team was on board and ready to get him back to Shreveport through whatever means possible. 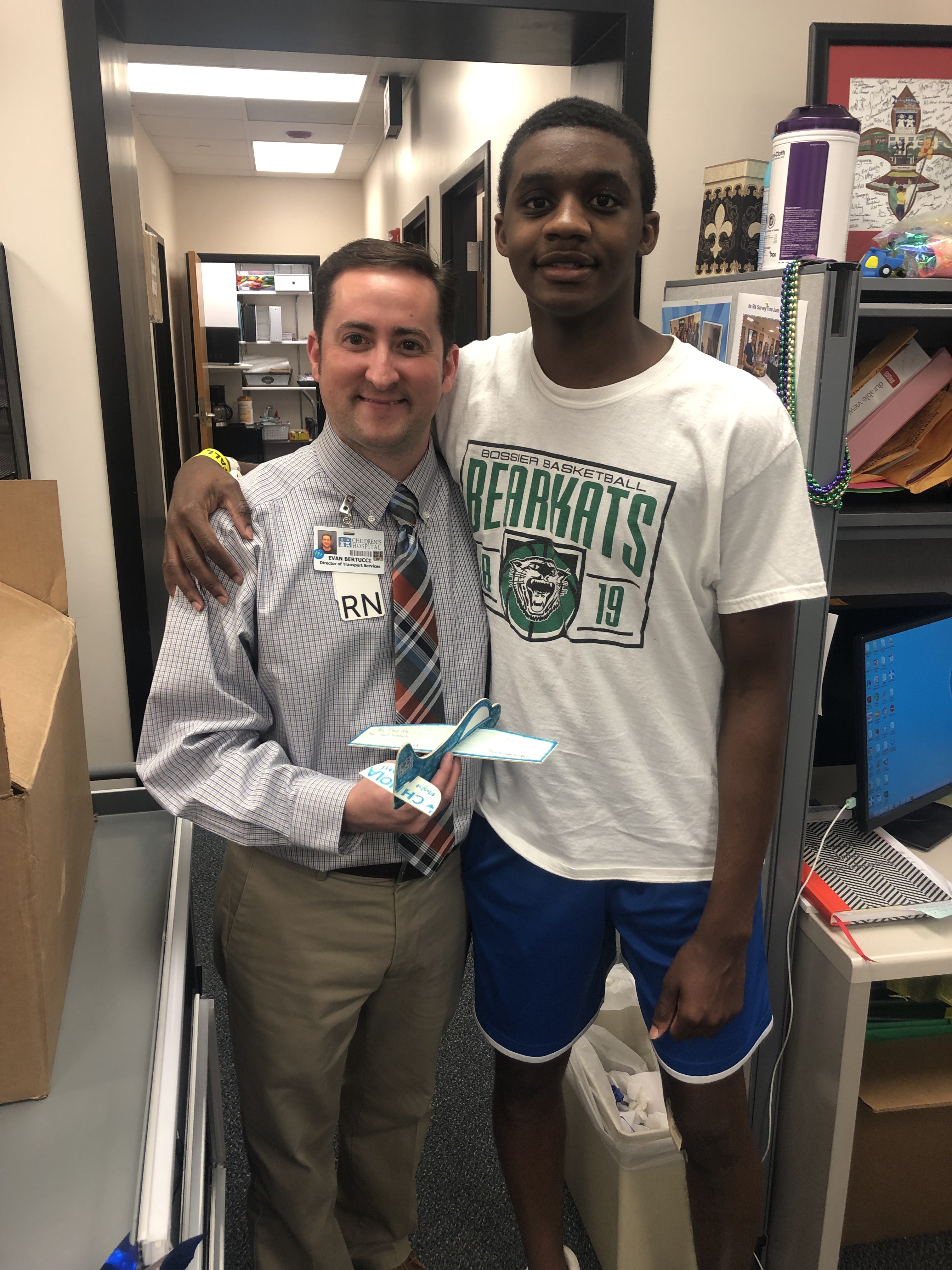 “Even if Kaalas was not ready to be discharged, we had plans to fly him to his graduation on our helicopter,” said Evan Bertucci, Director of Transport Services at Children’s Hospital. 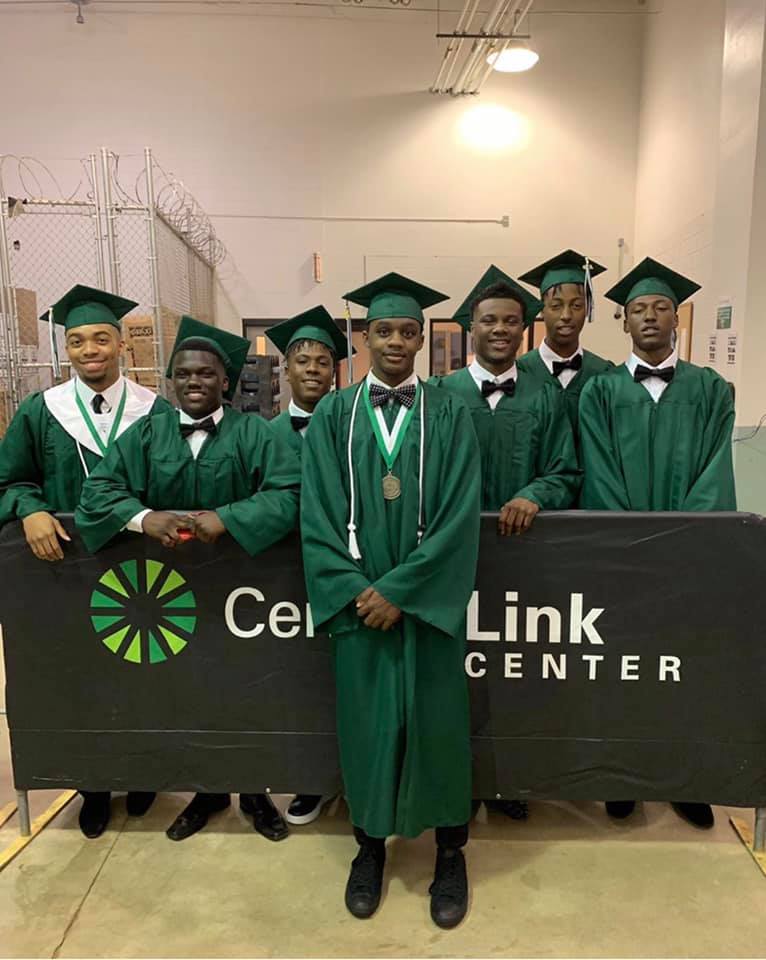 But ready, he was. Kaalas’ therapy team approved his discharge from the hospital after seeing significant progress in such a short amount of time. He was now able to do the things he couldn’t do immediately following his accident; walking, talking, and eating on his own.

When Kaalas arrived at his graduation ceremony, his father pushed him in a wheelchair. But when his name was called, he stood and took sure, steady steps across the stage to receive his diploma to the sound of deafening cheers and applause from his family, fellow graduates, and other attendees.

That day, Kaalas achieved his goal, despite the adversities and challenges he faced in the wake of his life-threatening accident. This week, he achieved another goal: committing to a basketball scholarship at LSU Alexandria. We are incredibly proud of our superhero Kaalas, and are honored to be sidekicks in his recovery and healing process!