Exactly two years ago, the Tubre family welcomed their new daughter, Anna Claire (Annie). The next day, she was diagnosed with Tetralogy of Fallot, a rare condition caused by a combination of four heart defects requiring open-heart surgery. 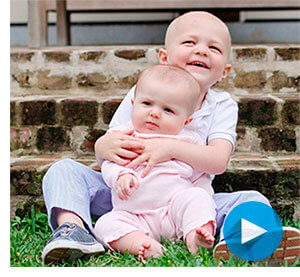 One week later, her healthy brother John Robert developed a prolonged fever and was eventually diagnosed with Leukemia, just shy of his third birthday.

Thanks to the specialized team at Children's Hospital – which treats more Louisiana kids with cancer than all other facilities combined – both siblings are happy children and doing well with their diagnoses. Annie is testing her limits just like any other 2-year old. Recently, her cardiologist said she looks "picture perfect" for a child with her condition. John Robert receives chemotherapy treatment at Children's, with 16 more months to go.

As one of John’s doctors mentioned: If he had been diagnosed thirty years ago, he would not be around today. It is thanks to the technologies and multidisciplinary expertise of Children’s physicians, who have access to the most modern therapies for treatment in children, that John Robert and Annie are survivors.

>> CLICK HERE for more on Annie and John's story. 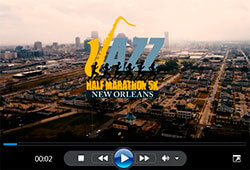 No child should have to endure cancer, and the family looks forward to the day when they can say that childhood cancer has been cured. For this reason, Children’s Hospital’s Jazz Half Marathon & 5K serves as the hospital’s primary fundraiser for the care of pediatric oncology and hematology patients as they fight for their lives. The race will take place on Saturday, October 28, 2017 at Lafayette Square – during Childhood Cancer Awareness Month.

>> CLICK HERE for more about the Jazz Half Marathon.